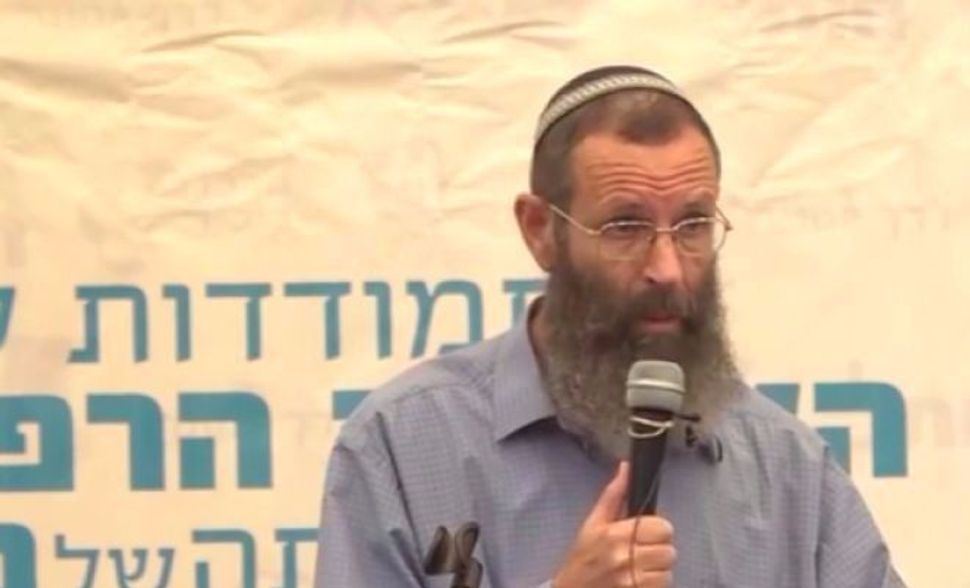 JERUSALEM (JTA) — Israel’s Defense Ministry said it would not remove recognition from a pre-military yeshiva in the West Bank over comments by its leader that disparaged female soldiers.

The ministry made the announcement Wednesday after Israel’s attorney general, Avichai Mandelblit, said that the defense minister lacks the authority to withdraw recognition of the yeshiva’s programs, Ynet reported.

Defense Minister Avigdor Liberman threatened to withdraw recognition of the the yeshiva, the Bnei David academy, after its leader, Rabbi Yigal Levinstein, said military service made women “crazy.” Liberman had summoned Levinstein for a meeting, which the rabbi said he would not attend.

Levinstein has been under fire since he told several hundred students earlier this month that military service warps women’s priorities.

“They draft them. They go in Jewish and they’re not Jewish when they come out — not in terms of genetics. Their whole system of values becomes confused, their priorities – home, career. They’ll make them all crazy. Agreeing to this is forbidden,” Levinstein said.

Om Tuesday, Levinstein said in a letter to his students and supporters of the yeshiva that the tone of his comments was “inappropriate,” though he also said that some of his comments were taken out of context. He also defended his point saying his point, saying “women have been taken hostage by the feminist movement.”

Levinstein reportedly has been criticized for the remarks by his students, their parents and donors to the yeshiva.