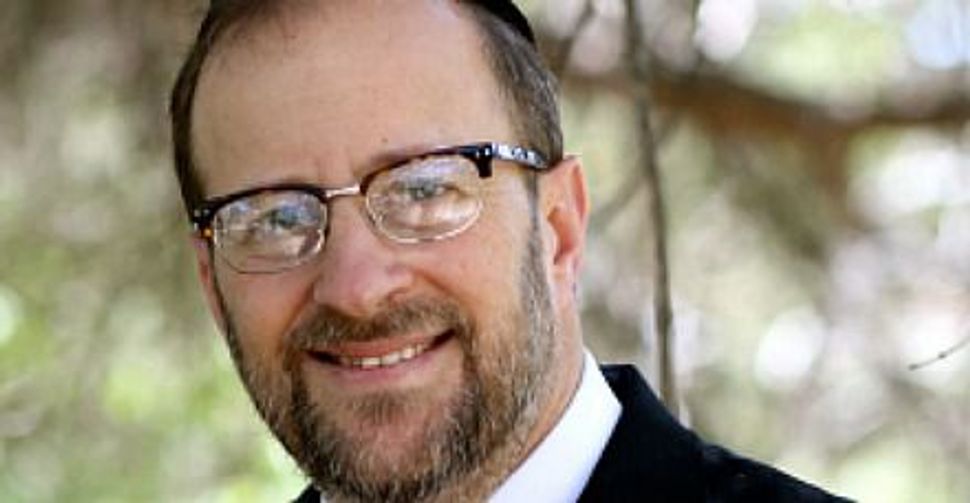 It isn’t every day that I find myself truly inspired by an Orthodox rabbi; it isn’t often that Forward readers hear me espouse such sentiments. But when the Forward put out a call to readers to nominate a rabbi that inspired or touched them in some way, I felt it my duty to nominate the rabbi who unwittingly impacted my life two years ago.

Fortuitously enough, I had sent a long message the day before to this rabbi’s son – who happens to also be an inspiring Orthodox rabbi, if a bit of a different flavor – explaining how profoundly his father impacted my life.

Sometime late in the summer of 2011, my husband and I walked into the office of Rabbi Aaron Fink, Dean of Ateres Bais Yaakov in Monsey, N.Y., armed with the emotional wherewithal to counter what we thought would be inevitable rejection. We came to try to enroll our four-year-old daughter, Ruchy, in his school – an unconventional Bais Yaakov for girls – a school where love, acceptance and empowerment take precedence over other teachings.

This was approximately three years after we moved out of Kiryas Joel – three years of countless rejections by rabbis of various Hasidic and Orthodox schools.

Before we came to Rabbi Fink, we were told that no one wants former Satmar members in their schools, that our leaving the community indicates a desire to abandon Orthodoxy, that parents are afraid to send their children to school with those whose parents are Hasidic deviants, and that accepting us would negatively affect the school’s reputation. When we came to Rabbi Fink’s door, we were ready to give up on finding an Orthodox school to provide a Jewish education for our kids.

The meeting itself would seem typical for anyone who’s ever applied to a private school, but for us it was a momentous hour. Instead of being prodded about our past, whether we ever owned a TV, own a TV or ever plan to own a TV, the length of my skirts and the future length of my sheitel – questions we came to accept as normal operating procedure – Rabbi Fink encouraged us to ask questions, to inquire about the school and the curriculum. He did not flinch when we mentioned our community of origin and he did not question the reason we left. Perhaps our over-apologetic attitude told him everything he needed to know.

When he wrapped up the meeting with a promise to send the tuition packet, we were rendered speechless. In a good way. In a great, disbelieving way. Here was a man – no, an Orthodox rabbi – who was willing to accept the daughter of two individuals who chose to leave Hasidism and embrace Orthodoxy. Here was a rabbi who wanted our daughter in his school. Here was a rabbi who accepted us unconditionally, without judgment or condescension.

This all may seem self-evident and not commendable, but in a community where judgment of one’s background rules, and where the acceptance of expats like myself and my husband can negatively impact a rabbi’s and school’s image, this is heroism. Rabbi Fink’s degree of tolerance comes at a price in this community of mostly Hasidic and ultra-Orthodox families, where the liberal Orthodox population is nearly extinct. He is religiously suspected by other rabbis and people in Monsey – individuals he needs to work with daily.

Rabbi Fink is the epitome of a true tzadik and deserves to be recognized as such. He is a man who is not afraid to go against the grain of a community – a man who embodies the philosophy he preaches: love for Hashem and for our fellow humans. In a way, I credit Rabbi Fink for our later decision to remain observant, even after we moved both our children to a more modern, coed school.