Posing as Jewish Women — To Beat Up Arab Men 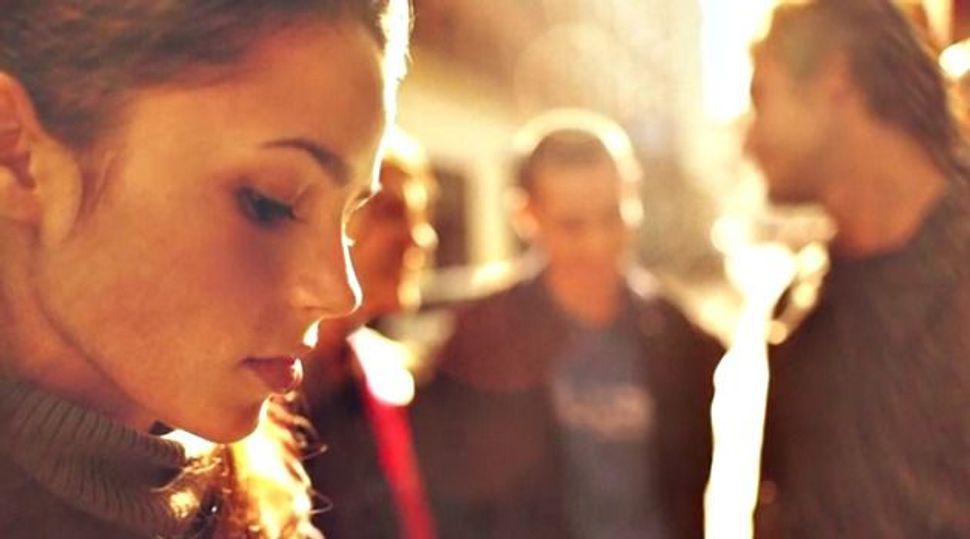 Imagine this: You’re a young guy in Israel. Scrolling through Facebook, you see the profile of an attractive Jewish girl. She seems interested in finding a date, so you send her a message. She writes back! The two of you make plans to meet up in person next week. When the big day arrives, you show up at the appointed spot, excited and nervous. You hear a sound behind you and turn around, expecting to see the beautiful girl. Instead, a bunch of guys pounce on you and punch your lights out.

The reason? You’re an Arab, not a Jewish, Israeli.

Welcome to Jews Against Miscegenation, a far-right group of male teens and 20-somethings who pose as Jewish women on Facebook to bait and lure Arab “predators” into the open and then beat them up.

These young men made headlines in the Israeli press today after they were indicted at the Jerusalem District Court. Police were able to identify and catch them, thanks to a security camera mounted at the site of one of their attacks.

It’s a relief to see these youths finally taken into custody — not just because their actions are racist (mere Arabness is enough to get you targeted) and sexist (women clearly can’t be trusted to choose for themselves), but because reports over the past few years have suggested that Israel’s police and municipal governments were actually supporting and funding these bigots.

Israel plays host to several of these anti-miscegenation groups: There’s Lehava, which runs a hotline urging callers to inform on Jewish-Arab couples, and Yad L’Achim, which claims to collect the ID cards of Jewish women seen fraternizing with Palestinians. Both of these groups circulate offensive posters in the streets and on social media, sometimes addressed to Arab men (“Don’t even dare to think about a Jewish woman!”) and sometimes to Jewish women (“In a relationship with an ethnic minority? Don’t waste your time!”). Another organization, Learn and Live, claims to rescue and rehabilitate “vulnerable Jewish girls” who have been “lured away” by Arab men.

As gratifying as it is to see that Israeli police forces are finally clamping down on some of these groups, it’s also worrying to realize that many regular civilian Israelis see nothing wrong with their activities.

The Arab man who got beat up at the hands of Jews Against Miscegenation, and whose attack — caught on video — led to the group’s indictment, had these heartbreaking words to say:

People looked at them [the attackers] from outside and no one came to help me. My body and my heart are still in pain when people go by me and point at me.

I’m a grandfather with grandchildren and young men come to beat me… it’s not easy. I’ll remember this all of my life.

If you watch the video footage posted here, you can actually see a couple of women and a man passing by the attack without sparing a second’s thought for the victim.

As long as regular passersby continue to think there’s nothing wrong with attacking any Arab who dares to talk to a Jewish girl, the racism and sexism promoted by these groups will continue to spread in Israel.

For an example of Learn and Live’s messaging, watch a video of one of their fundraising events below:

Posing as Jewish Women — To Beat Up Arab Men