The Brooklyn Hasidim accused of beating a young, gay black man named Taj Patterson back in 2013 are reportedly about to get a plea deal so sweet, they won’t serve a single day in prison. Patterson, who was beaten so badly that he was left blind in one eye, and who had homophobic slurs hurled at him throughout the ordeal, is surely having a hard time understanding the aftermath.

Why did local police quickly drop the investigation into his attack, despite available eyewitnesses, until his mother’s persistence shamed them into action? Why didn’t the membership of several of the alleged attackers in a Hasidic security patrol prompt the cops to widen their search to probe the discriminatory history of the Shomrim, as the patrol is called — instead of writing “CLOSED” over the case within 24 hours of the first report and listing the charge as a misdemeanor, not a hate crime? And why are the three alleged assailants who still await trial (two have already walked) apparently going to get off so easy, instead of facing prison terms?

Prosecutors haven’t told reporters why Patterson’s brutal beating isn’t worth jail time. Maybe, as anonymous sources told The Daily News, witnesses who originally implicated the defendants are suddenly getting cold feet. But in that case, Patterson must be wondering why the Brooklyn district attorney can’t charge someone among the insular, “informer”-blaming Williamsburg Hasidim with intimidating those witnesses, instead of folding his cards and letting the alleged attackers walk free.

But Orthodox Jews like me — we know why, don’t we?

For too long we’ve allowed a system of Jewish-run patrols to dominate the heavily Orthodox Jewish enclaves of Brooklyn, usurping the role of the official police force (with key support from vote-hungry politicians), despite their record of violence toward non-Jews. And for years we’ve held our tongues as the patrols’ unchecked behavior carried on.

The cover-up of the assault on Patterson isn’t the first such outrage in Brooklyn. When Orthodox patrol members in Crown Heights allegedly beat and maced Andrew Charles, another young black man, back in 2008, the key suspect was ignored by Brooklyn authorities after he fled to Israel. Prosecutors eventually did get him extradited, but while they were trying, the alleged attacker still got vigorous support from a group of “top rabbis, community heads, and [Orthodox] Assemblyman Dov Hikind,” as the Daily News reported in November 2011. Those heavy hitters even had the chutzpah to accuse the Brooklyn DA of anti-Semitism!

So we knew what was happening — but, collectively, we Orthodox Jews kept it to ourselves. When retired police captain William Plackenmeyer told Newsday in 2003, “In Brooklyn, it almost seemed like there were two penal codes, one for the Hasidic community and one for everyone else,” we didn’t rise up to denounce such a discriminatory system — even though our communities had helped create it. Abolish the Shomrim? Us? Weren’t they good for the Jews?

And please, spare me the line about Shomrim protecting vulnerable communities from the wrath of anti-Semites or the indifference of secular police. That story doesn’t hold water. Today’s Jewish patrols date from a period when Orthodox Jews either already were, or soon would be, politically dominant in their respective areas. Shomrim were never products of Jewish vulnerability; they were, and are, creatures of Jewish power.

Am I angry? Yes, and not only because I once had to take the previous Brooklyn DA to court just to find out why, for years, he had turned his back on one of the worst cases of alleged serial child abuse in Brooklyn’s history, courtesy of an Orthodox Jew named Avrohom Mondrowitz and others in the community who wanted authorities to “let it go.”

I’m angry because I feel our communal silence has implicated all the area’s Orthodox Jews in the injustice wreaked on Patterson. Sure, people like me aren’t the only ones at fault. Many of us have heard reports about rabbis who pressure witnesses to keep quiet; about cops who may be too closely bound to the Shomrim to do their jobs properly; about a Brooklyn DA who seems reluctant to push too hard against a powerful voting bloc. But the Shomrim patrol system requires large-scale acquiescence to keep it running along its chosen path, and that’s exactly what rank-and-file Orthodox Jews have been giving it for far too long.

And nobody can plead ignorance. In July 2011, I published a column in the New York Post criticizing the government funding of Shomrim patrols — yes, if you live in New York City your tax dollars support some of those Jewish vigilantes, out of all proportion to city spending on similar ethnically based groups — and pointing out that patrols that “answer to the needs of only one religious community” produce “inevitably one-sided” results. (The same patrols also protect Orthodox Jews accused of sex crimes, another point I emphasized in my 2014 book “Sexual Abuse, Shonda and Concealment in Orthodox Jewish Communities.”)

The response from Orthodox Jews to my column was, well, interesting. Although several thanked me for telling the truth, a more common note was sounded by a gentleman who informed me by email that “Hitler succeeded to kill 6 million jews only because of such people like you.” “God will make you cry one day so hard,” another prophesied, adding, “I can’t wait for that day.” Summing up the case, one New York City rabbi’s message accused me of “trashing out fellow Jews” in what “may prove to be one of the most treacherous acts of messira [informing] in modern times.”

I’m not quoting these emails to complain, but to make a point. Obviously, members of Orthodox Jewish communities can speak up sharply when they want to. So why in this instance have they denounced only the messenger — never the sin? If more of New York’s Orthodox Jews had shown some honesty about the too-powerful, discriminatory Shomrim five years ago, maybe Patterson and others like him wouldn’t be suffering today.

So I have one simple request for members of my religious community. Don’t bother me with your apologies; I don’t need them. Go to Patterson. Tell him why reining in Jewish hoodlums, who can apparently beat up on black kids with virtual impunity, would violate your religious creed. Explain to him why your silence about these outrages was worth one of his eyes. And why, with the other eye, he will probably have to watch his alleged attackers walk free.

And please don’t pretend you didn’t know what was happening. You knew. We all did. 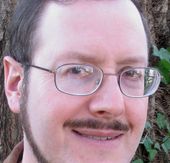