Can Auschwitz Be a Graveyard and a Tourist Destination? 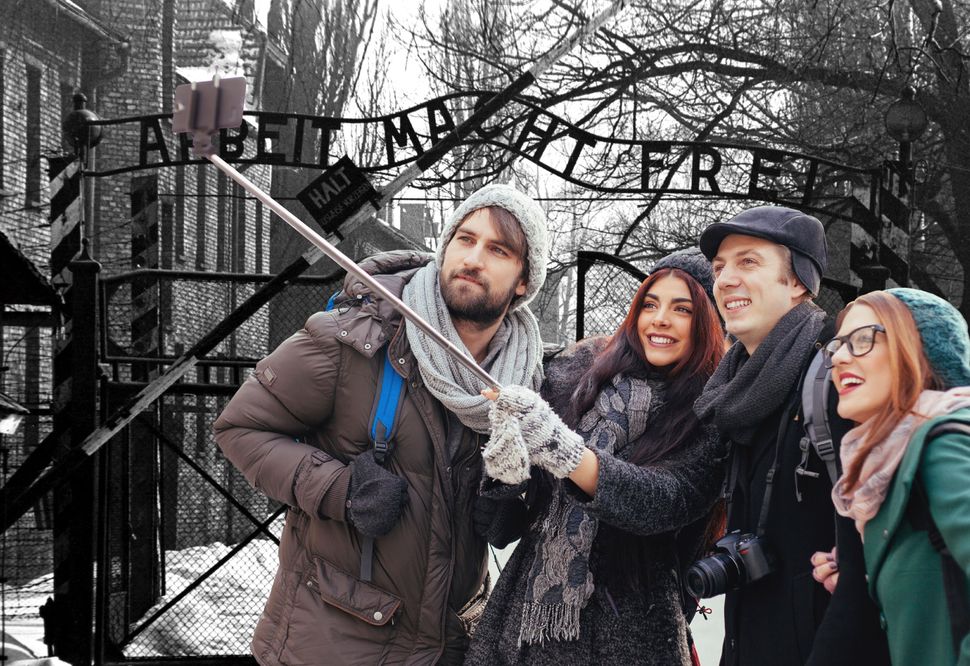 Menachem Rosensaft once wrote that “as much as any other event, if not more so, the Holocaust requires the chronicler to be scrupulously accurate.” He further notes that “the greater the popularity of this subject, the greater the need for vigilance regarding the treatment it is accorded.” As we approach International Holocaust Remembrance Day, we need to be vigilant.

Since my most recent visit to Auschwitz, in 2015, I have been particularly concerned that while its museum often uses the term “authentic experience,” visitors are exposed to a variety of nonauthentic experiences. To provide just a few examples, the infamous “Arbeit Macht Frei” sign at the main gate is a reproduction; the Auschwitz I footprint actually extended into the current main parking lot and beyond; the gas chamber/crematorium (Krema I) usually shown at the end of the tour is a reproduction, and in Auschwitz II–Birkenau, the line of barracks (Section BIIA) upon entering to your right have been entirely rebuilt. To be fair, the guides will acknowledge this if asked, but the pressure of mass tourism means that they are rarely asked. 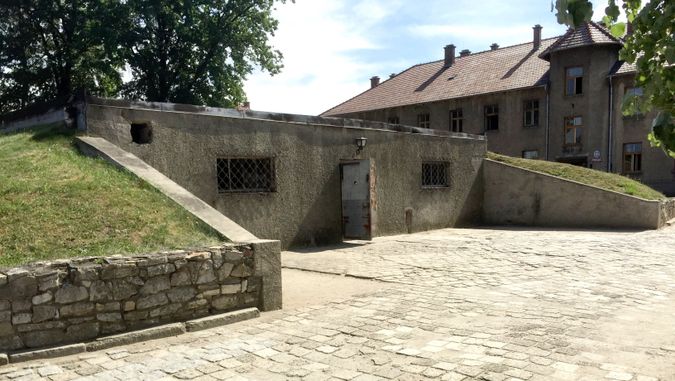 Unless specifically asked by the tourists, the tour guides don’t mention that the gas chamber/crematorium (Krema I) is a reproduction. Image by Courtesy of Tom Tillett

I have the utmost respect for the staff at the Auschwitz-Birkenau Memorial and Museum. They have an extraordinarily difficult job where literally every decision or official comment can quickly become controversial, yet they accept the challenge with grace, commitment and passion. The staff must navigate Polish politics, a huge increase in visitors severely straining the infrastructure and financial issues, and they must reconcile various stake-holder groups, each of whom have legitimate, though often conflicting, agendas.

But these convenient educational props can undermine their central aim if Holocaust deniers can accurately point to inconsistencies. And while the unprecedented growth in visitors to Auschwitz is in many ways a welcome development, that very surge is hastening the day when the museum’s senior staff, as well as foundation and council members, must decide if Auschwitz is simply an attraction to be checked off a tourist’s list or a sacred site as the location of the largest graveyard in the world created by the greatest crime in human history.

In his book “Dark Tourism and Crime,” Derek Dalton describes his fascination in Auschwitz from his teenage years, and the “lure” he felt to it. I am not Jewish, and have no family connections to the Shoah, but since I read a book on the prisoner uprising at Treblinka when I was 13, I’ve felt that same “lure.” My passionate interest in the Holocaust — and, in particular, Auschwitz — has led me to visit the camps on a number of occasions and study the history with more than touristic interest.

Auschwitz has come to represent the Holocaust for countless people like me worldwide, and that places a singular burden, responsibility and moral obligation on the museum. The victims and survivors unconditionally deserve historical accuracy in documenting the crimes, proper contextualization, absolute authenticity, respectful memorialization and the most up-to-date interpretations. But despite its best efforts, the museum is not succeeding in providing all this.

Historical accuracy is at times compromised by how various items are shown. The disturbing and powerful exhibition in Block Four with the hair of about 90,000 victims shown behind a long glass wall — along with similar displays of luggage and artificial limbs — do not make clear that the hair, limbs, and luggage were taken not there but at Birkenau. Also, the Gypsy-Roma experience predominantly unfolded in Birkenau Section BII, yet the excellent exhibit telling their story is in Auschwitz I. The critical historic importance of the large building where most prisoners first entered Auschwitz I and went through processing is lost due to its contemporary usage as a security checkpoint, bookstore, theater, cafeteria and group tour staging area.

If the Auschwitz complex of camps is indeed a sacred place deserving solemnity, reverence and reflection, then the immediate area just outside the actual camp (Auschwitz I) falls far short in signaling to visitors they are about to step on consecrated ground. The dilapidated parking lot with a small white trailer as the main (and only) ticket office also houses an ice cream vendor and a souvenir shop before visitors reach a main entrance in a sad state of disrepair. Neither solemn memorial nor authentic representation, arrival at Auschwitz is now just a shabby trap for the masses of dark tourists. Frankly, the victims and survivors deserve better. 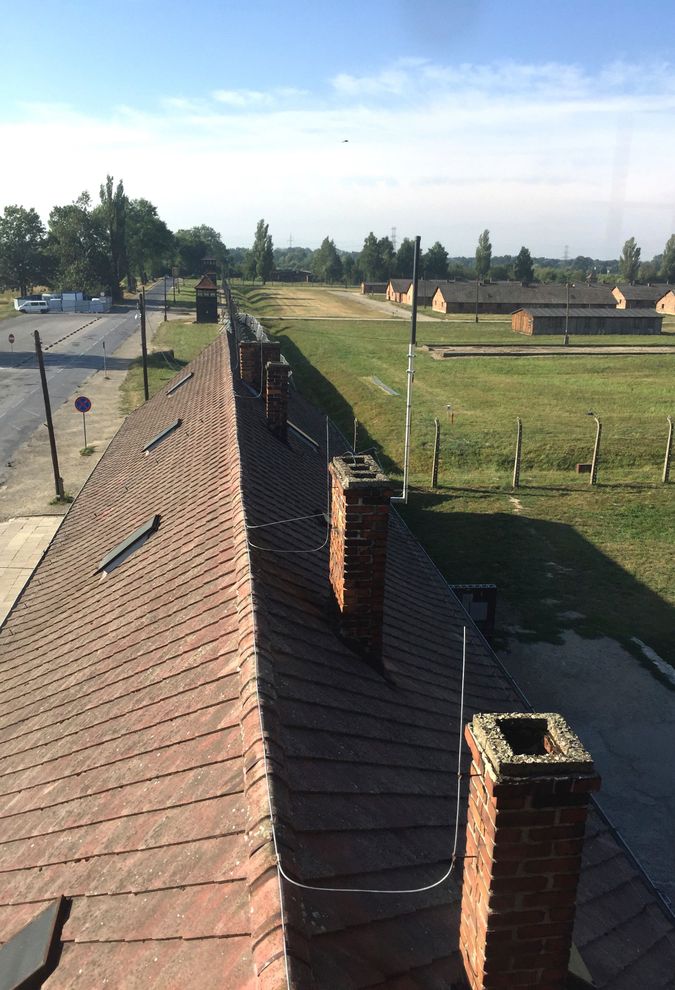 The last example is the least comprehensible, most disheartening and, frankly, shocking. The Auschwitz II – Birkenau gatehouse — the Gate of Death — is arguably the most widely recognized building in the world, an iconic manifestation of pure evil. But today, the gatehouse contains a bookstore, restrooms, a small vending area, a rundown guard tower and storage rooms. Does using the gatehouse this way properly memorialize the thousands upon thousands of starving, freezing, emaciated and terrorized prisoners in their paper-thin uniforms and ill-fitting wooden clogs who went through this gate in the morning knowing that there was a good chance they would not return? How can this be the best use of a horrifying historical building that welcomed some 1.1 million victims to this camp of death?

Can Auschwitz be both a tourist attraction and a mass graveyard without making compromises that betray the memory of the victims? The decision needs to be made soon.

Tom Tillett is a former teacher and congressional staffer.

Can Auschwitz Be a Graveyard and a Tourist Destination?