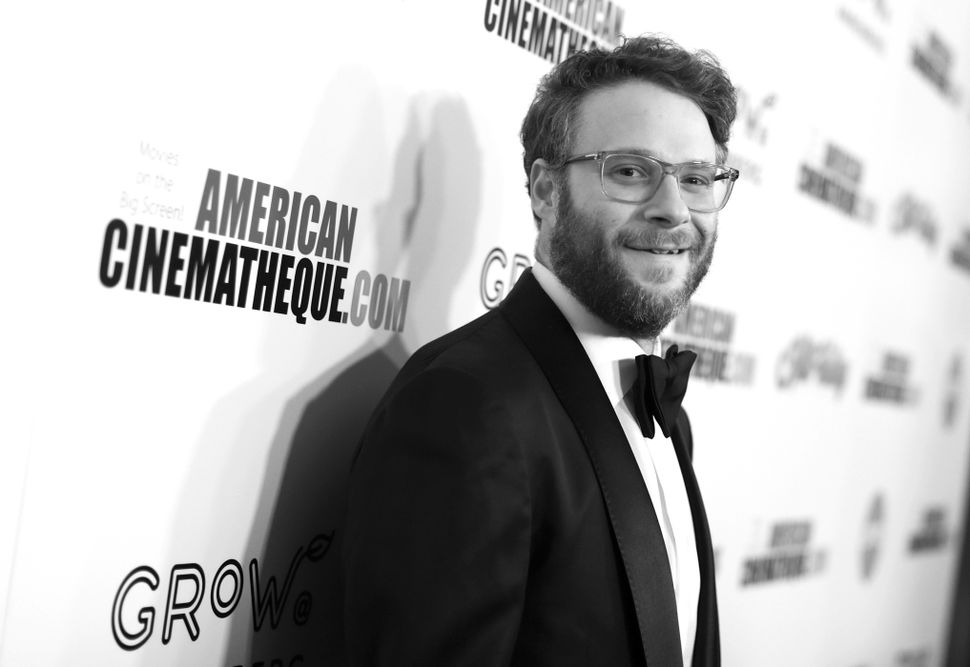 Few millennial Jews have the ability to capture the Jewish cultural conversation the way Seth Rogen does. And this week, he used that influence to show the Jewish establishment why it can’t keep pretending that young Jews who reject Zionism and the state of Israel are relegated to a tiny, insignificant fringe of the community.

The Canadian Jewish actor, director, and comedian has been spending the past few weeks promoting his upcoming movie “An American Pickle.” The comedy tells the story of a poor Yiddish-speaking Eastern European Jewish immigrant who comes to America in the 1920’s with dreams of building a better life for his family, only to accidentally fall into a huge vat of pickle brine, from which he is awakened a century later in the present-day, perfectly preserved physically and entirely out of place culturally. The movie, which already has what some have called “the most Jewish trailer ever,” is arguably the most anticipated English-language Jewish movie since Adam Sandler’s “Uncut Gems.”

No doubt Rogen could easily have sat back, stayed quiet, and remained the toast of the American and Canadian Jewish communities for making what the Jerusalem Post hailed as “Yiddish hipster heaven.” But instead of remaining a universally beloved Jewish comedian, Rogen decided to spend the week before the movie’s August 6th release date involving himself in one of the most fraught political and cultural conversations that Jews can involve ourselves in: Israel.

This week, Rogen appeared on the latest episode of comedian Marc Maron’s insanely popular interview podcast “WTF with Marc Maron,” for a talk which Maron, who is also Jewish, called “by far, the Jewiest talk with Marc that two Jews ever had on this show.” And the two Jewish comedians indeed did not hold back.

Rogen did not go so far as to explicitly identify himself as an anti-Zionist Jew. But he went much further than simply criticizing the policies of the current Israeli government. He rejected the idea that his “100,000% Jewish identity,” a secular Jewish identity coming from “a line of very tough blue collar Jews,” should be rooted in any cultural identification with the state of Israel at all.

Indeed, Rogen labeled the entire idea of Jewish statehood the result of an “antiquated thought process” and memorably said that as a strategy for the preservation of Jewish peoplehood, encouraging all Jews to live in one Jewish state is nonsensical, because “you don’t keep something you’re trying to preserve all in one place especially when that place has proven to be… pretty volatile. I’m trying to keep all these things safe, I’m going to put them in my blender and hope that that’s the best place! That will do it!”

Rogen also criticized the Israel education he received as a child for neglecting to teach about Palestinian history, declaring that he was “fed a huge amount of lies about Israel my entire life. You know, they never tell you, that oh by the way, there were people there.” And he concluded that progressive, left-wing millennial Jews increasingly feel a need to “ask a lot of questions and… really challenge the status quo” when it comes to Israel politics.

Unsurprisingly, Rogen’s comments divided the Jewish community, with left-wing Jewish groups hailing Rogen as a brave truth-teller, while Jews on the right attacked Rogen for supposedly speaking from “a position of really, really great privilege – and ignorance” and called him “utterly clueless as to why Herzl and his followers sought self-determination in Israel in the first place.”

Rogen’s critics did not simply disagree with his rejection of a Jewish identity rooted in the state of Israel, but attacked him for supposed “ignorance” and for “forgetting his own people’s history,” and claimed that Rogen’s comments “show the need for more education about Israel as the ancestral home of the Jewish people.”

The thing is, the claim that Rogen’s rejection of Israel and Zionism reflects a lack of proper education says more about the North American Jewish community than it does about Rogen himself. Rogen hardly grew up alienated from mainstream establishment Jewish organizations. His father worked for the longtime Jewish labor group Workmen’s Circle, and he attended a Habonim Dror Zionist youth movement summer camp for years, which he valued so much that he later produced a promotional video for the camp. 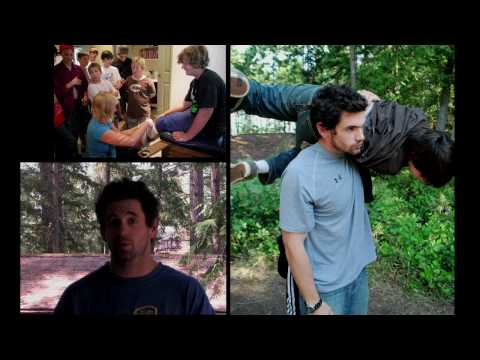 Indeed, Seth Rogen’s Israel bona fides are so pure that his parents even met working on a kibbutz. You can hardly accuse Rogen of lacking access to proper Jewish educational institutions.

No, the real problem is not that a comedian who went to Zionist summer camps for years did not receive a proper Israel education. The problem is that this education failed him. It did not teach him the truth about the Nakba, the dispossession of at least 750,000 Palestinians that accompanied the founding of the state of Israel in 1948, or of the consequences of the half-century occupation of the West Bank on Israeli society. So when Rogen, who describes himself as “left-wing,” started reading more widely, the education he received from mainstream Zionist youth programs collapsed for him.

It’s a familiar story. A study of Jewish students on American university campuses found similar results: Students who grew up in North American Jewish institutions report that instead of getting a balanced education on the history of Israel and Palestine, “Everything I heard growing up is like: plant trees in Israel, or go to Israel, or protect Israel all these ways.”

This, in turn, left many Jewish students raised in Jewish environments feeling like as soon they were confronted with actual facts about Palestinian history, all of a sudden “it’s completely something I have no authority to speak about. I have no idea.” The study also found that American Jewish university students “express similar discomfort with the expectation that all Jews should be Zionists.”

Significantly, this is not a study of American Jewish students who had no access to Jewish education growing up. These are students who grew up attending Jewish summer camps and who became involved in Hillel and other campus Jewish groups when they arrived at university.

If these students, like Seth Rogen, fellow alumni of Zionist youth summer camps, are ignorant about Israel and Zionism, as Rogen’s critics charge, whose fault is that really? Is it his fault, or is it the fault of the educational institutions that failed him?

The truth is, while Rogen is not necessarily a spokesperson for all Jewish millennials, he represents a point of view that can no longer be marginalized within the Jewish community. Research consistently shows that young American Jews are feeling more and more alienated from the state of Israel. And these young Jews can’t all be dismissed as ignorant and uneducated. Like Rogan, many of them were raised in Jewish institutions, and just cannot square the simplistic portrayal of “a land without a people for a people without a land” that they were taught in those institutions with the reality they see on the ground.

The more Jewish establishment institutions ignore this fact, the more they risk losing a whole generation of Jews.

In Seth Rogen’s interview with Marc Maron, he noted that he was afraid to talk about Israel publicly because “I’m afraid of Jews. I’m 100 percent afraid of Jews.” But the truth is that this fear should go both ways: Seth Rogen is one of the most publicly Jewish celebrities right now, and he made one of the year’s most anticipated Jewish movies. He can’t easily be dismissed as marginal or fringe.

On August 6th, when Jews across the world sit down to watch “An American Pickle,” Jewish establishment organizations have every reason to be afraid of what Seth Rogen’s point of view represents.