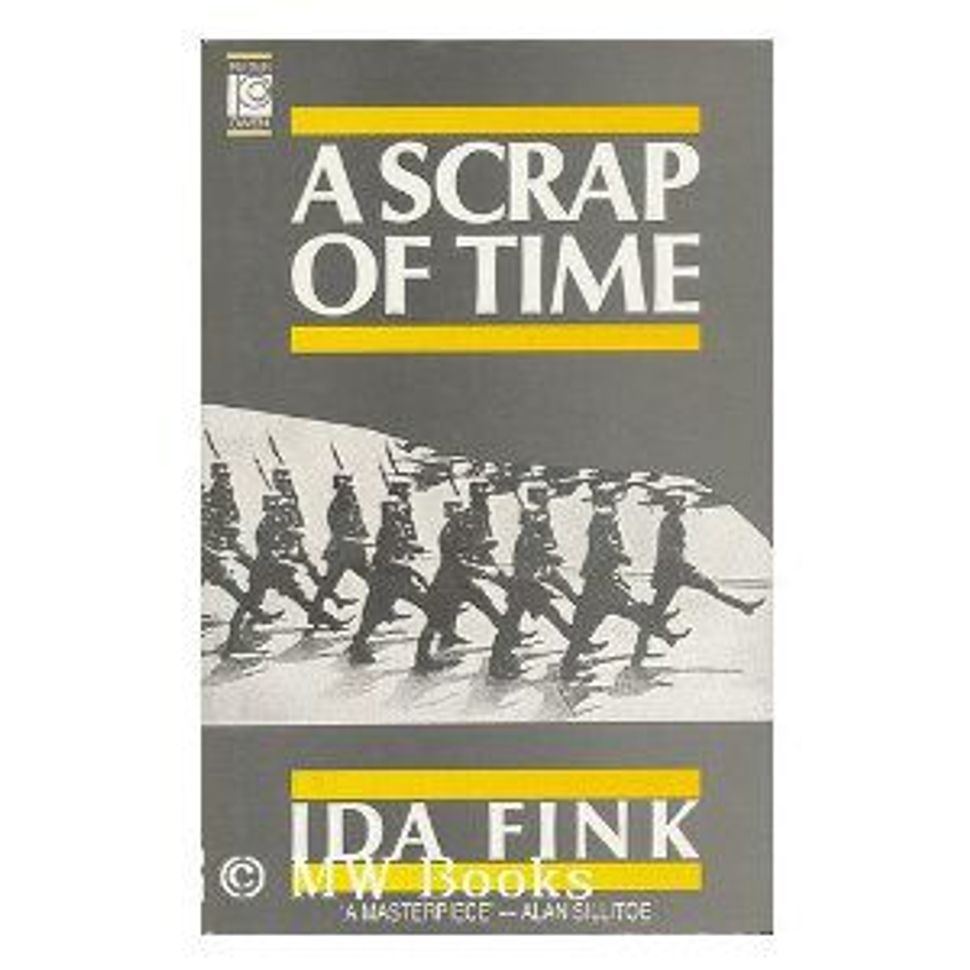 Ida Fink — the Polish author who died last month in Tel Aviv at the age of 89 — was a master at infusing moments and gestures with the looming violence and death of the Holocaust. Her largely autobiographical fiction focused of the lives of Jews in small Polish towns before, during and after Nazi occupation. In her typically very short stories we are presented with mere shards of experience in which the horror to come is seldom presented directly. Instead, prosaic objects and words become filled with meaning: A book that will never finish being read. A loud man who suddenly whispers. Fruits eaten well before they are ripe.

Fink was born in Zbaraz, Poland (now the Ukraine) in 1921. A gifted pianist, her conservatory studies were cut short by the outbreak of conflict between the Soviet Union and Germany as well as the subsequent Nazi occupation. She spent the first years of the war in the ghetto before escaping with the help of papers that identified her as Aryan. After the war she eventually made her way to Israel and spent years working at Yad Vashem, taking testimonies from other survivors. Her output in English includes the story collections “A Scrap of Time” and “Traces” as well as the novel “The Journey.” In 2008 Fink was awarded the prestigious Israel Prize and is spoken of as an equal to David Grossman, Aharon Appelfeld and other prominent writers who have focused on the Holocaust.

Fink’s stories are frequently inhabited by young people facing the end of normal life – of friendship and the possibility of love — cauterized by looming deportations, firing squads in forests and terrible choices which have to be made. These shattered souls are left desperate to capture whatever scraps of life they can. In “An Afternoon on the Grass” (published in The New Yorker in 1997), a young girl bemoans the fact that she will die never having fallen in love. “She said, ‘Don’t be angry. Please understand, I’m just so sad that… I’ll never know… that I might die without ever…’” The impossibility of such an experience is underscored by one young girl who notes that all of those things happen “in a world that had ceased to exist.” There is no nostalgia here, merely a life irreparably divorced from what had come before.

Although Fink does not take us to the concentration camps, the presence of death and the stultifying fear is always there. In “Jean-Christophe”, young Jewish girls on a German labor detail in the forest listen for the sounds of nearby trains. “We were lying on the grass, not saying a word, waiting for the thundering of the train, because then we know it was all over — though not, of course who was on the train, who had been taken and who had been spared. We lay on the grass, not saying a word, as if our voices could have drowned the thundering of the train.” Fink does not need to tell us where these trains are aimed, their destination is clear.

Where Fink’s true genius — and to read her brief, haunting stories, one is struck at the appropriateness of the word — is most evident in how she weaves into her otherwise realistic landscape moments of surrealism. “Wojciech’s garden, the garden of our childhood friend, suddenly shuddered, swayed, began to pitch and roll, and slowly, slowly, it started to float away, like a huge green ocean liner. It sailed away slowly but steadily; the distance between us grew quickly, the garden got smaller and disappeared.” By having a non-Jewish neighbor’s garden float away, Fink’s narrator underscores the impossibility of escape for her family as well as the inadequacy of normal language to describe claustrophobic fear.

Fink worked on a small canvas but managed within the confines of few words to remind us how quickly life can forever move into the abyss.