Menu
HomeComing to Community as a Diverse People

Hillel the elder, who lived in Babylonia and Jerusalem during the first century BCE, writes in Ethics of Our Fathers (2:5), “Al tifrosh min hatzibur” “Do not separate yourself from the community.” These four Hebrew words can be understood in three very different ways.

This could be a statement about what it means to be human. As it says in the book of Genesis (2:18), “It is not good for a person to be alone.” While this refers to finding an ezer k’negdo, a partner, Hillel might be suggesting an additional remedy to loneliness. To Hillel, then, a community is more than a group of people sharing a space, experience, or activity; it should nurture a sense of belonging by helping each member feel seen, cared for, and supported. Our tradition has many beautiful practices for creating those deeper connections (visiting the sick, providing meals to those in mourning, etc.). But to benefit from this type of community, we must sometimes sacrifice some of our independence and adapt to the culture and norms of a larger entity. This sacrifice of individuality runs contrary to contemporary culture.

Another interpretation suggests that Hillel’s statement emphasizes the role of interpersonal relationships in Jewish practice. Rather than Judaism providing us with ways to build community, community provides us with ways to be Jewish. An entire category of commandments outlines how we are to engage with other people (bein adam l’chaveiro). Even the commandments between an individual and God (bein adam l’makom) often should, and sometimes must, be performed with others. Any legitimate interpretation of Judaism, according to Hillel, must involve a Jewish community, even though each community’s specific features will depend on its membership.

A third interpretation is less about practicing religion with a subset of Jews and more about belonging to all other Jews — referred to as “the Jewish community,” or klal__Yisrael, the people Israel, or peoplehood. Perhaps the strongest demonstration of this notion is when Naomi tells her recently widowed daughter-in-law, Ruth, to go back to her own people. Ruth replies: “Don’t urge me to leave you or to turn back from you. Where you go I will go, and where you stay I will stay. Your people will be my people and your God my God.” (Ruth 1:16) The order is significant: Ruth’s commitment is first and foremost to the “people” and then to the religious aspects of Judaism. This idea is reflected in a related ruling of Maimonides, the twelfth-century rabbi and philosopher: “Those who separate themselves from the ways of the community have no portion in the world to come, even without committing any sins.” (Hilchot Teshuva 3:11)

While Jewish peoplehood is often seen as something one is born into and can never leave, Hillel’s four words — “Al tifrosh min hatzibur” — suggest otherwise. But before we can define what constitutes “separating”and why it’s ill-advised, we first have to acknowledge our different understandings of what defines us as a people: our nationality, ethnicity, ethical behavior, or religious commitments. Hillel leaves these critical questions about Jewish identity open, for us to answer.

With so many diverse Jewish communities across the world, it’s hard to imagine a single defining norm that could or should apply to all Jews. This might be a good thing. Any defining norm might, ironically, alienate some parts of this people. Besides, different understandings of our identity have allowed us to adapt to new surroundings and host societies, to become a diverse people, and to evolve over time. But without any defining norms, it’s hard to know what, if anything, unifies us. With so much fighting between Jews today, in Israel and the Diaspora, the idea of klal Yisrael may feel like a fantasy — it may have always been a fantasy. But despite our differences and disagreements, this idea — that we somehow remain connected to each other — is an aspiration I’d like to keep. 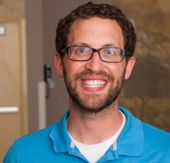 Rabbi Aaron Potek works with Jews in their 20s and 30s in Washington, D.C., as the community rabbi for Gather the Jews (gatherthejews.com).