I look forward to presidential elections, not for the horserace atmosphere that tends to be the obsession of the press, but because an election offers opportunities when the nation as a whole can debate big ideas and consider the direction in which the country should head. Sometimes, elections strengthen how the country sees itself as a community. Sad to say, 2016 is not one of those years. Rather, this election cycle has seen the notion of national community fragmenting. Instead of debating disparate policy proposals that speak in a language of shared values and commitments, we are debating those fundamental values and commitments. While American political life has always had its xenophobic and racist elements, we are experiencing a new level of terrifying rhetoric, with explicit and implicit calls from the top of the ticket for violence toward and arrest of political opponents. Given this deeply unsettling moment, what notions of community might be helpful to those of us looking to rebuild a sense of togetherness?

Rabbi Jonathan Sacks has pointed out three terms in classical Hebrew for community: tzibur, kehillah, and edah. Edah comes from the Hebrew root ayin-dalet, meaning “witness,” which implies that a community is a group of people who have all witnessed something. An edah is a community that has a shared experience and a shared way of witnessing or viewing the world. For example, Jews function as a community, an edah, when we recall our collective exodus from Egypt.

Tzibur comes the Hebrew root tzadi-bet-resh, meaning to “pile-up.” It refers simply to a group of people who happen to be in close physical proximity. A densely populated city (or a congressional district) might include people with no collective experience of the world or shared sense of identity, but when they are collected together, they create some semblance of community. For example, the person leading prayers for a quorum — who may or may not know one another — is called a “shaliach tzibur,” or an “emissary of the community.”

Finally, kehillah comes from the root kuf-hei-lamed, meaning “to assemble, or gather.” It is also related to the word for voice, kol, as in a group that had been “called together” for a specific collective purpose. A synagogue is often referred to as “kehillah kedoshah,” or “holy community.”

While the architects of American democracy had limited views of citizenship (white, male, landholders), they recognized specific dangers that could result from a democratic system based on simple majority rule. Creating a democracy with winners and losers could break down the sense of shared community and could lead to what John Adams and Alexis de Tocqueville called a “tyranny of the majority.” The solution embedded in the Bill of Rights was to establish a clear set of rights that were not subject to majority approval — and the ability of later generations to expand those rights beyond the initial elite class is among its key strengths. While both conservative and communitarian critics argue that American culture’s focus on individual rights can have the effect of eroding a collective sense of community, others, including philosopher Jean-Jacques Rousseau and sociologist C. Wright Mills, argue that it is those very notions of and commitments to individual rights that give such a diverse nation a collective sense of identity.

In normal election years, we could say that political debates between the right and left revolve around competing definitions of and concerns about community. Some conservatives are concerned that a diversifying country and a commitment to multiculturalism will erode the national sense of community as expressed in that edah, that common historical story. Some progressives argue that a common historical story is less important than building a kehillah — a nation with a clear sense of collective purpose. And some independents and pragmatists simply are interested in what could be the best outcome for the tzibur — a group of people who happen to live in physical proximity. But in this election season, as our collective conversation breaks down, my hope is that we can pivot to find common cause with all people who are committed to a vision of a country that works to transform communities for the better, rather than remain stymied in a perpetual state of siege and division. Our collective dignity, safety, and prosperity depend on it. 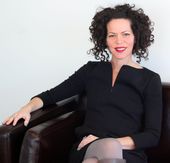 Stosh Cotler is the CEO for Bend the Arc: A Jewish Partnership for Justice (bendthearc.us), as well as Bend the Arc Jewish Action. She first joined Bend the Arc in 2003 to develop and direct the Selah Leadership Program, which has trained more than 300 influential progressive change-makers. Since 2013, as CEO, she has raised the organization’s public profile and launched Bend the Arc Jewish Action PAC, the only Jewish PAC exclusively focused on a domestic, progressive agenda. The Forward featured Cotler in its “14 Jewish Women To Watch in 2014” list and again in the annual “Forward 50” list of Jews who have had the most impact on the national conversation. In 2015, the Center for American Progress named her as one of its “15 Faith Leaders to Watch.” She has represented Bend the Arc on MSNBC and NBC, and in the WashingtonPost, Politico, and the New York Times.