Over and over again, many in the Jewish world use a definite article — “the” — in discussing the landscape of contemporary American Judaism. While we might not give it a second thought, this “the” is not trivial. Specifically, it is utilized to delineate two distinct sets of Jewish people: those who are involved in or affiliated with American Jewish institutions, and those who are not. Honing in on this subtle phrase, along with the ways in which many of us frequently use it, helps to illuminate some of the most important tensions that are manifest in contemporary Judaism.

Consider one of the more prominent political debates of our time — Israel-Palestine. Few individuals immersed in this issue would deny that American Jewry is divided on this subject. And when I scroll through my Facebook newsfeed, I see this diversity on a daily basis. On some friends’ timelines, AIPAC statements predominate, and for others, Haaretz op-eds and IfNotNow events are a fixture. Both groups include a healthy percentage of Jews who are deeply involved in Jewish communal institutions and others who are not.

And yet, I have been told on numerous occasions that my views — leaning toward the left on Israel — separate me from the Jewish community. I’ve been asked to mute my political thoughts when building an adult education program or teaching children — a suggestion that these views are ‘less Jewish’ and unwelcome.

My anecdotal experiences are mirrored in the communal infrastructure when some federations or community relations councils, for example, assert that a smaller spectrum of beliefs about Israel constitutes “American Jewish opinion.” And even though a recent Pew Research Center poll indicates that American Jews hold a wide variety of opinions about Israel, only a narrow span of “pro-Israel” viewpoints are acceptable. In other words, many institutions differentiate between the viewpoints held by individual American Jews and those held by the Jewish community. This paradigm puts certain Jews outside the community.

This leads us to a broader question. If there is such a thing as the Jewish community, who is part of it? Who is not? Who defines the narrative? Do particular communal institutions define the boundaries of acceptable Jewish belief and practice, or should “Jewish opinion” be understood as a broader spectrum of all Jewish opinion?

Historically, many of our most powerful evolutions and revolutions were driven by individuals whose perspectives were outside the spectrum of acceptable opinion for their time. Figures ranging from Mordecai Kaplan to Baruch Spinoza were deemed heretical in their respective eras. Now, their teachings are discussed at some of our most established rabbinic seminaries. From the founders of rabbinic Judaism after the destruction of the Temple to the maskilim (leaders of the “Jewish enlightenment”) a few hundred years ago, to the leaders of Jewish Renewal over the past few decades, change has been cultivated and nurtured by radical movements that were initially understood to be ‘fringe’ elements outside of, or separate from, the community.

As I study to become a rabbi, I hope our Jewish communities will be imbued with tradition and invention, where Jewish individuals will not feel pushed out of the community or compelled to exit it and distance themselves. Rather than privileging centralized Jewish institutions, let’s give a wider swath of Jews the privilege to shape Judaism themselves, drawing on the full corpus of Jewish wisdom. 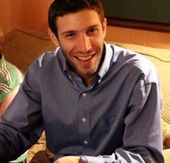 Lex Rofes serves as strategic initiatives coordinator for the Institute for the Next Jewish Future and as co-host of its podcast, “Judaism Unbound” (JudaismUnbound.com). He is a second-year rabbinic student through ALEPH: Alliance for Jewish Renewal’s rabbinic program.