The Myth of a Cohesive, United, American Jewish Community

When my students ask me about the American Jewish community, I have to remember that they’re asking about multiple constructs — various types of smaller communities defined by denomination, interest, region, or other factors. These students know their own communities, defined by certain touchstones — where they grew up, where they studied, where they live now, where they choose to attend services, who was in their youth group, who rode on their Birthright Israel bus, who runs in similar activist circles, and so on. But they often must be reminded that their experience may not be typical, that “the American Jewish community” is not a single entity, but a conglomeration of disparate entities with sometimes cooperative and sometimes competing goals.

The last time American Jewry operated as a cohesive, united community may have been when a small group of Jewish refugees alighted in New Amsterdam in search of refuge from the Inquisition. A wide swath of sociological literature — much of it derived from sociologist Louis Wirth’s observations of Jewish immigrants in the 1930s — demonstrates that as a single group grows too large for all members to know each other deeply and as the group increasingly comes into contact with other groups, each group will begin to differentiate into subcultures based on shared norms, values, interests, and the degree to which its members wish to incorporate themselves into or isolate themselves from a wider culture. More heterogeneous populations often foster a greater number of subcultures, each with its own institutions and organizations serving similar functions, but dedicated to serving the specific needs of its constituency. And identifying with a particular subculture inherently prioritizes connections with those who share that subculture’s orientation. Reflecting American society more generally, American Jewry has become ideologically polarized around issues of religion and secularity, support for and opposition to both the State of Israel and its policies, last summer’s debate over the Iran nuclear deal, and more.

The notion of a generally cohesive community is little more than a myth. Although the community has united in common cause on several occasions — most notably to obtain reparations for Holocaust survivors and demand a full reckoning of the perpetrators’ crimes, celebrating the renewal of Jewish sovereignty and supporting the fledgling State of Israel, and rescuing threatened Jewish communities in Ethiopia and the Soviet Union — these are unusual examples of the American Jewish community at its united best.

As Jews living in North America, we do not have consensus on several issues — notably, whether children of Jewish fathers and non-Jewish mothers are counted as Jews, whether conversions supervised by non-Orthodox (and even some Orthodox) rabbis are valid, and whether one can be simultaneously a loyal supporter of Israel and a critic of its treatment of the Palestinians. Is that consensus important? Necessary?

We are simultaneously strengthened and challenged by our ability as a community to accept more than one interpretation of what it means to be Jewish. We can participate in communal affairs through religious observance and/or ethnic or cultural pride; by both remembering our own history of persecution and working to protect others from a similar fate; and by celebrating Israel and also criticizing it. Jewish tradition requires that we debate opposing views in order to sharpen our own thinking and build bridges between different segments of our community. If we believe our own rhetoric about Jewish continuity, we — particularly our leaders — must follow this tradition and not condemn or alienate those who oppose the status quo. If, as social psychologist George Herbert Mead said, “society is unity in diversity,” it is the diversity of our many American Jewish communities that gives us the strength to unite when it matters most. 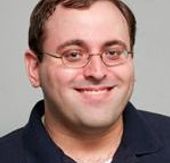 Matthew Boxer is an assistant research professor at the Cohen Center for Modern Jewish Studies at Brandeis University, where he teaches in the Hornstein Jewish Professional Leadership Program. He is currently writing a book about the effects of Jewish community size on Jewish identity.

The Myth of a Cohesive, United, American Jewish Community