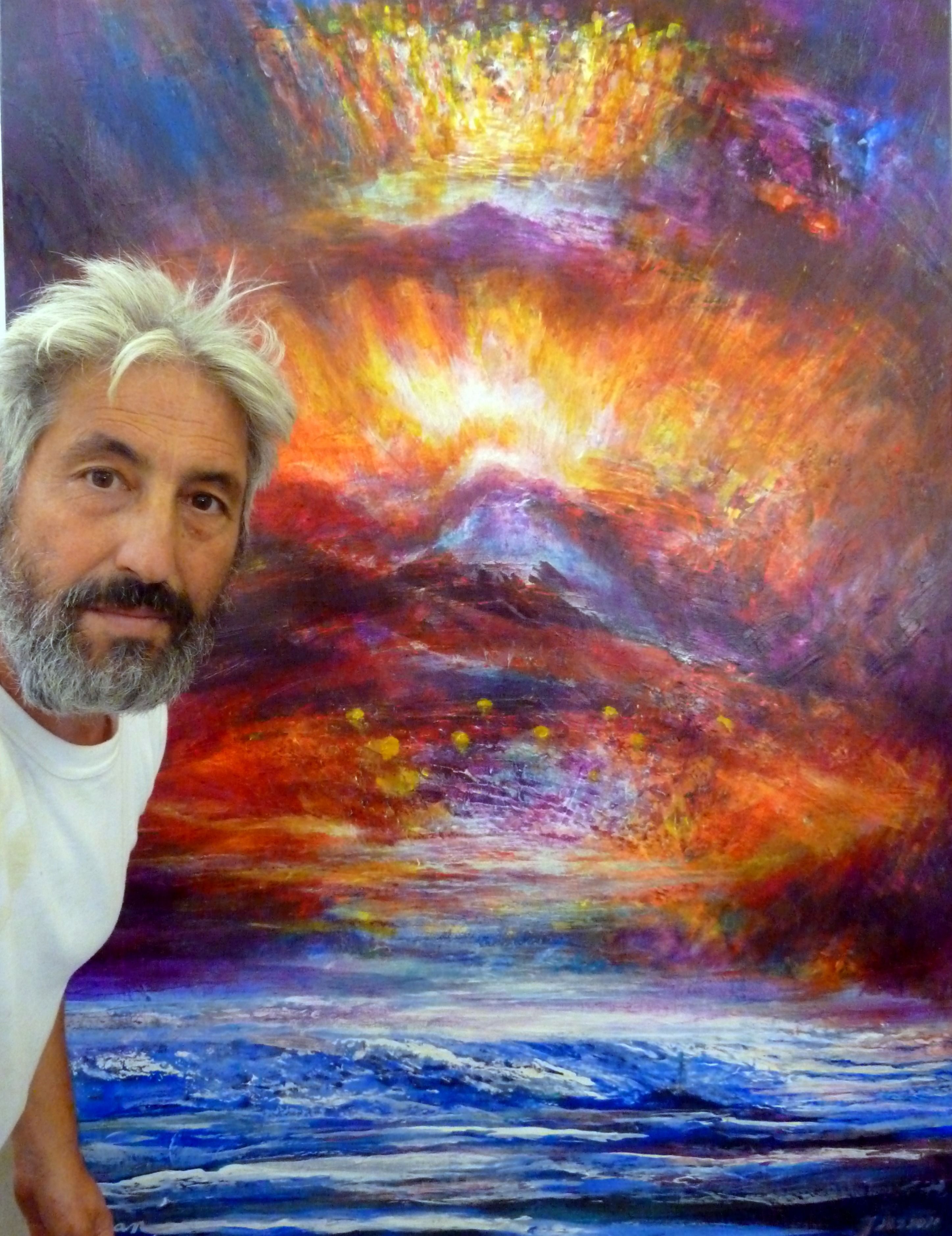 Yoram Raanan graduated from the University of Arts, Philadelphia (BFA 1975). He traveled and studied independently throughout Europe and the Near East. In 1976, he settled in Israel, opening his first studio in the Bukharim Quarter in Jerusalem. Since 1994, he has been creating art on his farm in the Judean hills of the Jerusalem Corridor. He is married and has 4 children and grandchildren. Raanan’s paintings are a modern expression of Jewish collective consciousness. Characterized by intuition and imagination, there is a strong sense of light, color, and spirituality. He is inspired by the Bible, nature, and the Land of Israel.