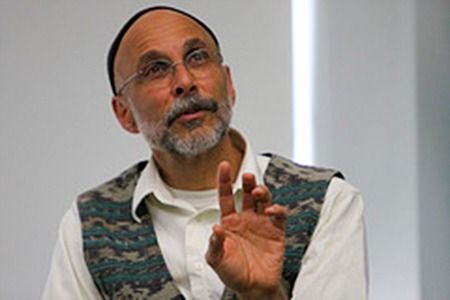 Andrew Ramer is the author of Torah Told Different: Stories for a Pan/Poly/Post-Denominational World and of Queering the Text: Biblical, Medieval, and Modern Jewish Stories. His back yard is a large urban lake. He can be reached at andrewramer.com.

In my 20s, Shir HaShirim was my favorite book in the Tanach — that short anthology of erotic verses that Rabbi Akiva called the Holy of Holies. He and his fellow sages read the Song of Songs as an allegory of the relationship between the people Israel and God. In their reading, Israel is the woman and God is the man. The woman is chasing a man, a societal inversion, that made the book work for me as a newly out gay man. And, years later, Rabbi Julia Watts Belser invited readers to experience this questing woman as God and the pursued man as God’s beloved, which would have been restorative had I come to it sooner.