Rabbi Daniel Roth is the founder and director of the Pardes Center for Judaism and Conflict Resolution and the 9Adar Project: Jewish Week of Constructive Conflict. To find out more, go to 9Adar.org.

Can we truly be both pursuers of peace and pursuers of justice? Several years ago, I bumped into my colleague Rabbi Meesh Hammer-Kossoy and told her about a track of courses on peace and conflict I was developing to augment her teaching on justice at the Pardes Institute of Jewish Studies in Jerusalem. I was stunned by her response: “Well, it looks like you and I are going to have some conflict!” For me, mediation and peace-building went hand-in-hand with justice work. For Meesh, as she later explained, justice and peace were more often than not in opposition with one another. 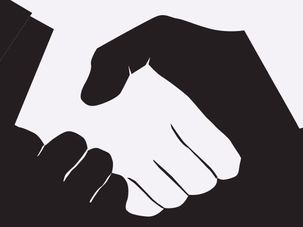 As I hid quietly behind a few rows of students in my first Talmud class at Yeshivat Har-Etzion in 1993, our rabbi asked: “Who do you think is right, Abayeh or Rava?” Intimidated as any class of 18-year-olds would be, no one answered. He slammed his fist on the table and asked again in a louder voice. Still, no one answered. “You are all spineless chickens!” Then, he instructed us to argue back and forth until we could prove how both rabbis — though holding contradictory opinions — were right. I recall literally pulling a muscle in my brain as I attempted to comprehend contradictory truth and experience –– what I was to learn was the 49 vs. 49.