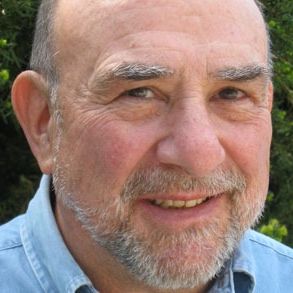 Philip Schultz is the author of eight collections of poetry; his most recent is Luxury (W.W. Norton, 2018). is His collection Failure (Harcourt, 2007) won the Pulitzer Prize in 2008. He’s the founder and director of The Writers Studio, a private school for creative writing based in New York City, with branches in Tucson, the Hudson Valley, and San Francisco and online.

Yehuda Amichai wrote in a modern Hebrew strongly influenced by its ancient heritage. His originality is most powerfully expressed in his use of metaphor. These lines of verse from his magnum opus, Open Closed Open, beautifully represent his manner of compressing great feeling and thought into a few words. And the thought and feeling here concern his rather wonderful appreciation of human consciousness. “Before we are born, everything is open/ in the universe without us.” I’m reminded of Martin Buber’s use of the mystical saying “In the mother’s body man knows the universe, in birth he forgets it.” The womb is, in other words, the “primal world that precedes form.” Using metaphor in a new and artful way, both writers are attempting the impossible: to use their great gifts to define the tiny enormity of human nature.