These facts lead some observers to question Israel’s commitment to democracy. Some go so far as to attribute declining American-Jewish support for Israel to Israel’s treatment of Palestinians. But the changing relationship of American Jews to Israel goes beyond the Palestinian-Israeli conflict. It stems from American Jews’ growing recognition that democracy means something very different to Americans and Israelis. American Jews see liberalism, the idea that an individual’s civil rights must be protected from the government, as a necessary foundation of any democratic society. Israeli democracy doesn’t place the same emphasis on individual rights.

From the earliest years of the state, Israeli leaders cared more about establishing a strong government than about protecting the rights of individuals. Israel’s founders — including its first prime minister, David Ben-Gurion — expressed reservations about liberal values. So today, Israel has no separation of church and state or acceptance of pluralistic religious expression (for example, the state rabbinic authority recognizes conversions only by Orthodox rabbis). Other policies challenge free expression, such as Minister Miri Regev’s proposed Cultural Loyalty Law, which defunds cultural institutions and programs that memorialize Naqba Day (the Palestinian name for Israeli Independence Day).

The origin stories of America and Israel also explain their different attitudes toward liberalism. When the State of Israel was established, in the shadow of the Holocaust, hundreds of thousands of Jews still languished in refugee camps in Europe. Israel’s founders placed a higher priority on protecting the future of the Jewish people as a whole than on the rights of individual citizens. America, on the other hand, came to be in an age of absolutism. Americans elevated liberalism to push back on the excesses of European monarchs. They forged a political system that sought to protect the individual from the government.

This clash of values begins to capture the challenge of teaching American Jews about Israeli democracy. To succeed, teachers must offer students a pathway to access the bodies of knowledge necessary to enter the conversation. This knowledge includes civic literacy: understanding the differences between America’s two-party system and Israel’s parliamentary democracy, and understanding who can vote in Israeli elections (and who can’t). It includes the historical knowledge of how America’s and Israel’s political systems came to be. And finally, it includes learning about the fundamental ideologies concerning individual rights and collective rights.

Teachers must also give students opportunities to reflect on what they find inspiring and troubling about American and Israeli democracy.

Finally, students need to try on different approaches. They may ask themselves, “How do I weigh the values of liberalism against the values of collective Jewish rights?” Wrestling with this question is an essential part of determining one’s stance on the Israeli-American relationship. When students gain deep knowledge and reflect on how they feel, they have the tools to articulate sophisticated, yet humble, perspectives on the political future of the Jewish people. 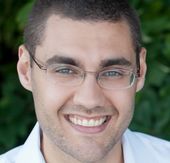 Jonah Hassenfeld is assistant director of teaching and learning at Gann Academy, a pluralistic Jewish high school in Waltham, Mass., where he teaches courses on the history of Israel and conducts research on how young American Jews think and feel about Israel.