The foundational creed of Judaism aligns magnificently with that of America. Where the Jewish creed rests in an individual’s relationship to God, and in one’s deeds, justice, fairness, and the utilitarian good, the American creed is devoted to individual liberty, self-government, equal opportunity, and sovereign states’ belonging to a union. Similarly rooted in the philosophy of enlightenment, historically, both modern Jewry and America have been committed to liberalism: a philosophy that supports the principles of independence, equality, freedom of the expression of ideas, the communal good, and — very importantly — opposition to royal control.

For Jews, faithfulness to these ideals is central to our particular ethnic and religious tradition and is also necessary for our own safety in a diverse and modern society. History has taught us harshly that we are secure only when we live in a robust democracy and where there is cohesion in civil society. We know well the ramifications of the decay of democracy and the rise of authoritarianism, the consequences of strains in the social fabric, with neighbors betraying one another.

This is a precarious moment in our nation’s history and in our world. Authoritarianism and demagoguery are on the rise globally. In America, the past two years have seen a dramatic uptick in antisemitic incidents, rhetoric, and imagery in political races and neo-Nazis marching in broad daylight. While these are not unprecedented issues, what is new is the twin phenomenon of a president offering nativist praise to neo-Nazis who shouted “Jews won’t replace us” in Charlottesville, and a truly massive interfaith, intercultural national embrace of neighbors and community leaders who said, after the Tree of Life synagogue shooting, that the grassroots of America will protect us.

The rise of antisemitism is not our only concern. Our liberal values — a commitment to pluralism and freedom from royal tyranny — is under assault. To be sure, authoritarian demagogues can be democratically elected. But liberalism demands that we fight against the narrowness of such rule and fight for the values embedded in our nation and our Jewish tradition. The Protect Democracy Project, a bipartisan nonprofit in New York and D.C. reminds us that there are six hallmarks to the decay of a democracy: politicization of independent institutions, the spreading of disinformation, executive power grabs, quashing of dissent, the delegitimizing of specific communities, and corrupting of elections.

There is ample evidence that these are under way. The executive branch has attacked the Department of Justice and the judiciary, which are meant to operate with independence. It has made unsubstantiated claims that certain news outlets spread lies and has stated that the media is the “enemy of the people.” And, it has demanded that civil servants be loyal to the president. As well, the administration continues to inaccurately insist that it is above the law and cannot be sued. State officials have employed extreme partisan gerrymandering and curtailed voter access, with the aim of suppressing voting rights of people of color. And the separation of children from their parents and the firing of tear gas by the U.S. border patrol at immigrants seeking asylum late last year and early this year are further examples of “othering” in our nation today.

Jews know well this toxic stew. American writer James Baldwin contended, “[T]he great force of history comes from the fact that we carry it within us, are unconsciously controlled by it in many ways, and history is literally present in all that we do.”

The alarm has sounded, and people within the Jewish philanthropic and nonprofit sectors need to collaborate in addressing this urgent matter. Powerful change happens at the intersection of well-funded, risk-taking idealism and expert, practical, indefatigable work. Together, the leadership of these sectors can advance a pro-democracy agenda to promote our Jewish and American aspirations for our nation — advocating for the separation of powers, the independence of the judiciary, unfettered voter access, and congressional oversight. And we should demand that political candidates and officials denounce authoritarianism and redouble efforts to strengthen democratic institutions and norms. Equally important, we must work to influence change by building on the extraordinary grassroots efforts when our Jewish community comes under attack, and continue to stitch together the fabric of a healthy society by offering mutual aid.

Democracy is a well-tended, never-finished garden. Our sacred teachings in Pirkei Avot provide a powerful imperative: “It is not [our] responsibility to finish the work, but neither are [we] free to desist from it” (2:21). 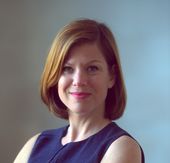 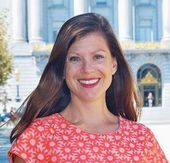