Menu
HomeFor Jews, It’s Fairness & Justice Over and Above Democracy

Democracy is not inherently Jewish. That might be a hard statement to hear, especially with so many of our communities engaged in a desperate and necessary effort to protect democracy in the United States, Israel, and around the world.

The Torah presents a top-down model of leadership alongside a built-in critique. Moses, the first major communal leader, takes his marching orders directly from God. At times, God directs Moses to share power and access with other communal leaders, at one point giving 70 elders the short-term ability to receive prophecy so that “they shall share the burden…” (Numbers 11:17). Later in the Bible, other models of leadership develop: the prophets, who admonish the people to do God’s will; the priests, who carry out sacrificial and other ritual duties; the judges, who serve as military and political leaders; and, ultimately, the king, when the prophet Samuel reluctantly accepts the people’s demand for such a leader. The stated role of the king is to do tzedek umishpat — to enact and enforce laws that ensure a just and fair system for all subjects. And even within the monarchy, the king is never to have complete power — the Sanhedrin, the assembly of rabbis, adjudicates legal cases; the priests handle ritual matters; and the prophets continue to act as the moral thorns in the side of the king. As Samuel predicts, the kings regularly fall short of this ideal, plunging recklessly into ill-advised wars, engaging in illicit behavior, and even leading the people to idol worship. The prophet channels the voice of God, trying — usually unsuccessfully — to return the king and the people back to the divine will.

The rabbinic tradition (which includes Talmud, midrash — rabbinic expansions on the biblical text — and other works) models one key value of democracy: the celebration of a multiplicity of voices. One midrash describes the Torah as having 70 faces — that is, multiple avenues of interpretation; another imagines all those who stood at Sinai receiving Torah in their own way.

The Talmud also opens the door to democracy with reference to b’nei ha’ir (people of the city) or tovei ha’ir (representatives of the people), who have certain spheres of influence, particularly over civil law. In the 15th century, the scholar Don Isaac Abravanel criticized monarchies as ultimately interested only in their own power, and he advocated for limitations on the power of the ruler. As a model, he looked to the republican government of medieval Venice, which included multiple deliberative bodies.

The history of the Jewish people might make us wary of assuming that any particular kind of government will protect us. While Jews have historically been safest under governments committed to protecting individual liberties, democracy has not always made Jews safer, as the rule of the people sometimes opens the door to so-called populism and to the rise of far-right groups and autocratic rule — a situation that can put Jews in danger.

Does this mean that we should abandon democracy? Hardly. But in fighting for civil and human rights, we shouldn’t assume that any one system of government will automatically protect its citizens.

In several legal rulings, Rabbi Haim David Halevy, the former Sephardic chief rabbi of Tel Aviv, lays out the ways in which democracy differs from Torah law, primarily in democracy’s reliance on the will of the people, rather than on experts. But still, he concludes that “in our time, there is no better alternative to democratic rule” (Mayim Hayyim 3:52). Further, he says, “the greatness of the Torah is that it does not have a carefully delineated system of governance, neither political nor economic,” but that Torah instead offers principles that can be applied to every system of governance (_Aseh L’kha Rav_4:1).

As Jews, we should fight for democracy, especially in a moment when autocratic leaders are on the rise. That means getting involved in or giving to local, national, or international organizations standing up for democratic values and against the dismantling of public institutions. But our fight must not idolize democracy; rather, we should view it as a means toward an end — the Torah’s vision of a society built on tzedek umishpat. 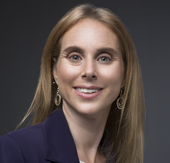 Rabbi Jill Jacobs is executive director of T’ruah: The Rabbinic Call for Human Rights, which mobilizes rabbis, cantors, and their communities to protect human rights in North America, Israel, and the occupied Palestinian territories. 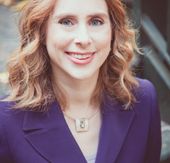 Rabbi Jill Jacobs is the executive director of T’ruah: The Rabbinic Call for Human Rights, and the author of Where Justice Dwells and There Shall Be No Needy.