Jewish tradition offers at least a couple of divergent perspectives on innovation. On the one hand, as Rabbi Adina Allen cites in her essay: “Ein beit midrash bli chidush”, “There is no house of study without innovation.” (Chagigah 3a) Innovation is hard-wired into us. One of Judaism’s greatest gifts to the world was the introduction of time-as-progress-toward-something-better. Whether it’s the coming of the Messianic Age or the human work of tikkun olam, we’re always aware of a gap between what is and what ought to be, and we’re compelled to make changes to get there.

On the other hand, our tradition maintains a robust strain of conservatism. The Chatam Sofer, a giant of 19th-century European Orthodoxy, is famous for staking his opposition to innovation on the talmudic line, “Chadash asur min haTorah,” “‘New’ is forbidden by the Torah.” (He was actually making a deliberate pun on the simple meaning of the talmudic text, which prohibits eating “new” grain before a certain sacrifice was made, but he stuck to his guns.)

There is no question about which of these two camps I fall into: As a longtime subscriber to Wired Magazine and Fast Company, an avid fan of Slingshot (the annual guide to innovative Jewish social-impact organizations), and a strong believer that to be human is to tinker, I live in the beit midrash of innovation. But I am not an absolutist. After spending the first four months of my tenure as president of Lippman Kanfer Foundation for Living Torah listening to and learning from colleagues across the Jewish philanthropic and social-impact sectors, I want to share two cautionary observations about the state of “innovation” in the Jewish community.

First, our human attraction to shiny new objects, coupled with our tendency to rapidly assimilate and normalize innovations, often leads us to neglect the tried-and-true (and maybe old-and-dull-seeming). We’re creating a scenario where yesterday’s start-up darlings now struggle to become sustainable over the long term, and many organizations float new programs that appeal to funders’ desires for signature initiatives while they struggle to raise money for core operations that have been tested, refined, and proven effective.

That gap between “shiny-and-new” and “tried-and-true” might hold surprisingly significant untapped value. How might we apply decades-old research on the diffusion of innovation to help organizations adopt and adapt existing innovations to new contexts? What if we elevated and supported the best copycats in Jewish programming (imagine a Slingshot category for best credited theft of someone else’s idea!)? Funders might more effectively support that “incremental improvement and diffusion” part of the Jewish social impact value chain by asking their grantees to share what they have learned from their most interesting mistakes.

Second, let’s try to understand how profound — and extensive — the “disruptive” part of “disruptive innovation” can be. For example, there’s little question that large swaths of the American workforce are experiencing serious disruption, whether because of immigration, free trade, or automation and other technological transformations. (And, ironically, many of those affected by significant workplace disruptions reacted by voting for Donald Trump, who promises to be the most

disruptive president in American history — upending our international relationships and exacerbating social divisiveness and conflict.) While many of the innovations that led to those disruptions have produced historic successes, they’ve also left in their wakes plenty of negative outcomes: the disappearance of manufacturing jobs; the recession of 2007-2008, to which some “innovative” financial instruments contributed; and the emergence of a negative Internet culture that enables cyber-bullying, fake news, identity theft, and trolling. Just after the election, Bryan Cantrill, chief technology officer at Joyent, a cloud-computing company, decried Silicon Valley’s tendency to “fetishize disruption” and warned that the election offered an important wake-up call.

Here is a critical lesson for the Jewish community: We need to continue to harness the engine of innovation to bring the best of our creative Jewish wisdom to bear on the new and emerging challenges of modernity. But as people who believe in the fundamental dignity of all human beings, we can’t fetishize disruption to the point where it runs roughshod over people. We need to find a healthy balance that supports rapid, creative adaptation in the face of accelerating change while helping existing institutions (and people) to navigate those changes sustainably.

At the end of the day, we need to remember that innovation is a means, not an end. Like all tools, it can be used for good purposes, and its uses can have unintended (positive and negative) consequences. Let’s go boldly into the beit midrash in pursuit of chidush, but let’s follow Rabbi Benay Lappe’s wise counsel to exercise our svara in deciding how to put our chidushim to use. 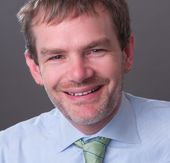 Aaron Dorfman is the president of Lippman Kanfer Foundation for Living Torah.