There is a well-known story about two rabbis walking down the road, late on a Friday afternoon. An obviously poor, elderly woman approaches them with a chicken in her hand. “Rabbis,” she asks, “is this chicken kosher? I’ve just bought it, but I’m worried that it may not be.” The first rabbi examines the chicken very carefully, then hands it back to the woman and answers, “Yes, absolutely. This chicken is definitely kosher. Good Shabbes!” After the woman leaves, the second rabbi, incredulous, says to the first: “You know as well as I do that that chicken wasn’t kosher! It was obviously treif! How can you be so makil (‘lenient’) about kashrut?!” The first rabbi responds, “I’m not lenient about kashrut. I’m stringent about love for my fellow Jew!”

The ability to make that technically treif chicken halakhically kosher comes from the rabbi’s use of his svara — his moral intuition. Svara is a concept that the talmudic rabbis expanded from a mere logical deduction in the Tannaitic era (10-220 CE) to full-blown empathic moral intuition able to overturn Torah itself by the Amoraic era (220-550 CE). During the Stammaitic era (550-650 CE), the talmudic rabbis recorded numerous examples of when and how svara had been used to overturn Torah. Whether explicit or not, svara is what motivates all halakhic innovation. It is the air halakhah breathes, and the essence and message of every single chicken story.

I collect chicken stories. There are thousands of them. Most aren’t about chickens. But they all reveal what is at the core of Jewish law and Jewish thinking. They make dramatically transparent the Jewish mandate to prioritize profound empathy for the plight of human beings over and above what the law would have us do if we went “by the book.”

The day I learned the word “svara,” my universe changed. I was already a rabbi when I learned that there was a Jewish word that implored us to trust our life experiences, our deepest convictions about who we are and how we think the world should be, even if the Torah says something different. I realized that “svara” was the name for that inner voice I had listened to when I came out as a teen in the 1970s, the voice that told me that love is love and that love is good, and that we must live out our truth, even at great cost. Why had they never taught me this word in Hebrew school — or even rabbinical school?

The answer is a competing concept that is today in a winner-take-all death match with svara: “yeridat hadorot,” the “diminution of the generations” — the notion that as we get farther from receiving the Torah at Mount Sinai, our ability to know what is true and right, what God wants of us, and how to use those insights to live our lives and improve the world around us, diminishes.

Yeridat hadorot is the enemy of chidush, the traditionally radical and age-old reinterpretation that allows for innovation and change in tradition, and it flies in the face of the foundational halakhic rule of hilkhita k’vatraei (“the law is like the latter ones”), a principle that has been followed for millennia, which stipulates that the law always follows the most recent — not the earliest — authority. Yeridat hadorot bespeaks the profound lack of trust we are now taught to have in ourselves and in one another, and recasts the Jewish notion of who God wants us to be — from discerning and responsible to passively obedient and eternally immature. It is the voice that turns just the right amount of humility and reverence into an eternally paralyzing we-are-nothing-ness.

Yeridat hadorot is the answer I am forced to scrawl on the blackboard when my students beg me to explain why so many rabbis refuse to make use of the Talmud’s powerful legal mechanisms and precedents to solve today’s halakhic problems. At the SVARA Yeshiva, “We are Chazal” (“We are the Sages”) is more than a slogan on our swag. It is the currently blasphemous but crucial belief that if we devote ourselves to rigorous learning and the development of our svara, then 2,000 years from now — if svara wins the battle over yeridat hadorot — our story will be a Talmud. 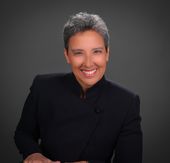 Rabbi Benay Lappe is founder and rosh yeshiva of SVARA: A Traditionally Radical Yeshiva in Chicago, and a recipient of the 2016 Covenant Award for excellence in Jewish education.