Menu
HomeGratitude, Song, and the Small Steps of Redemption

Many years ago, I went to a seder at the home of a beloved teacher. Guests used a variety of Haggadot and shared commentaries as we wove our way through the story. We came to the song “Dayenu,” which outlines the miraculous process of the redemption from Egyptian bondage by listing fifteen separate divine acts of liberation and asserting that any one of them would have been enough. We paused. If God had taken us out of Egypt but not split the sea for us, would it have been enough? If God had led us through the desert but not given us the Torah or Shabbat, would it have been enough? No, we decided; it would not! So, we skipped the song for the sake of integrity and moved on.

In retrospect, we were too attached to the literal meaning of the words. While we read this passage as description, it is actually instruction for practice. The nineteenth-century Hasidic master, the Sfat Emet, noted in his commentary on the Haggadah that “taking us out of Egypt” is not simply the first step; rather, it is the overarching category, and each of the following fourteen steps provides the detail. It is like the blessing Nishmat Kol Chai, which we recite on Shabbat and festival mornings — noting that we cannot sufficiently thank God for even one of the thousands of blessings that have been bestowed upon us. Each step of “Dayenu” breaks down the enormity and abstraction of leaving Egypt into smaller component parts — each one miraculous — so that we might fall to our knees before the whole in gratitude and awe.

“Dayenu,” then, is an instruction for cultivating gratitude. Sometimes, it is more difficult to summon real gratitude for the big things: My life is great. Ho hum. But when I break it down, I see: I have hot water and fresh ground coffee in the morning. I have people who love and support me when I am sad or discouraged. When I begin “labeling my praise,” I see that, in fact, these things are wondrous. And the sum of them all is overwhelming. I can sincerely say, “It would have been enough. In fact, it is enough.”

But sometimes, we feel it is not enough. When suffering comes to us or we deeply take in the darkness of the world around us, our awareness can constrict so that even the little miracles feel empty. Then, all we have is insufficient, not enough.

That’s when how we recite “Dayenu” becomes as important as the text itself. The Hasidic Rebbe Nahman of Bratslav noticed, as did others, that the fifteen stages of “Dayenu” correspond to the fifteen steps that led from the women’s court up to the Israelite Court in the Temple in Jerusalem. According to the Mishnah (Sukkot 5:4), the Levites stood on those steps during the festival of Sukkot with all kinds of instruments and joyously sang the fifteen songs of ascent from the Psalms (120-134). Nahman, who noted that “Dayenu” ends with the building of the Temple, the ultimate symbol of joy and redemption, taught that we can access a taste of that redemption through the act of singing. “Dayenu” reminds us that when we sing songs of holiness, we might hear the echo of the Levites’ songs and add our voices to that chorus of hope and gratitude.

Singing has a way of opening us up to gratitude even when our heads don’t fully understand. In the last year of my grandmother’s life, it was too much for her to come to the family seder, so we brought one to her. She was confused and didn’t understand what we were doing when we opened the Haggadah. But when we came to “Dayenu,” something lifted. Her face brightened, and she looked up and sang, “Day-dayenu, day-dayenu.” It was a little Exodus from Egypt before our eyes.

I wish we had also sung “Dayenu” at my teacher’s seder long ago, opening up and breaking down the enormity of the redemption so that we could gratefully receive it in joy. Indeed, doing so might even hasten the ultimate redemption for which we all long. 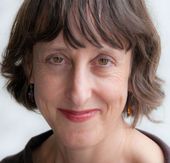 Rabbi Lisa Goldstein is the executive director of the Institute for Jewish Spirituality in New York City. At a Passover seder more than 30 years ago in Dresden, East Germany, she decided to become a rabbi.