Menu
HomeIt Wouldn’t Have Been Enough

“Ten fingers. Ten toes. Dayenu.” The synecdoche of pregnancy prayer. Primordial hope resonating in the time of ultrasound. And with the press of a magic wand, an image appears: a miracle with a beating heart, ten fingers and ten toes. Exhale with gratitude and inhale with greed. “Just let it be healthy, dayenu.”

“Seemingly healthy? Then if my child is also kind, dayenu.”

A truism of human nature: A desire satisfied yields additional desire. But where does one desire end and another begin? A healthy baby is the culmination of a seemingly infinite number of separate prayers. And only in retrospect can it be said that any one miracle would have been sufficient. At what point should we be satisfied with what we have? And when are we considered greedy for wanting more? Ten fingers, dayenu? Only three hospitalizations before age 10, dayenu? Only a mild form of anxiety, dayenu?

“Dayenu” is typically translated as “it would have been enough.” Looking at the list of fifteen miracles performed for the Israelites — as enumerated in the piyut (liturgical song) — dayenu begs the question: “Enough of what?” Enough miracles? Enough of a miracle? Biblical texts point out that the people themselves give voice to the tragic irony of too few miracles (Exodus 14:11 and 16:2; Numbers 21:5): “Did you bring us out of Egypt to have us die in the wilderness?” It would be as if one said after a miscarriage, “It would have been enough to get pregnant, even if I were unable to stay pregnant — dayenu.” Dayenu? Not at all. Even having been freed from slavery but not given the Torah wouldn’t have been enough. Freedom from slavery was a necessary but insufficient miracle in the process of getting us to the ultimate endgame of the exodus — the freedom to serve God.

So, if “dayenu” can’t actually mean “it was enough” and not even “it would have been enough,” then could it mean: “It should have been enough”? A guilt trip laid on Israelites past? Or “it should be enough”? A guilt trip laid on us? Many contemporary commentators take the opportunity to encourage us to be satisfied with what we have and not focus on what we don’t have. More than that, we are encouraged to be grateful not just at the end (with redemption or the birth of a healthy baby), but at each step of the way (each developmental milestone). This is not because any one step is enough but because a miracle is a miracle and for that we must be grateful: However small or seemingly incomplete, it should be enough to prompt our gratitude.

Gratitude for being on the receiving end of a miracle is one thing, but responding to the challenge it presents is quite another. If God had taken the Israelites out of Egypt and they had been grateful but they’d refused to follow Moses, or if God had given them the Torah but they had not accepted it, then what? For all of God’s efforts, the existence of free will has the potential to make miracles meaningless. Perhaps “dayenu” is a way of acknowledging the partnership between the giver and the recipients. “God, You did what only You can do. You gave us freedom. So, You’ve done Your part. You’ve given us enough (‘dayenu’). And, now, it’s up to us to accept the precious gift of freedom, of Torah… and to make these gifts meaningful.”

Ten fingers, ten toes… Health, in and of itself, is a miracle. But, it’s what we do with that great gift that makes it valuable. While the mandate of the seder — to “see ourselves as if (k’ilu) we had personally left Egypt” — is clearly addressed to the individual, “dayenu” may hold an imperative for the collective. Every generation is obligated to recognize the receipt of miracles past and present, and to act as if (k’ilu) we have been given enough (dayenu) to work with, and now we must work together to continue to make it matter. 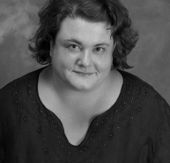 If Rachel Brodie were only a student of Torah, dayenu. But wait, there’s more: www.rachelbrodie.net.