Eugene B. Borowitz, who died in 2016 at nearly 92, was a theologian and Jewish thinker who had enormous influence on liberal ideas about God, authority, and autonomy. He taught at Hebrew Union College-Jewish Institute of Religion for over half a century — and founded the journal Sh’ma. I was blessed to be his student, his disciple, and his intellectual biographer.

Unlike previous liberal Jewish theologians, Borowitz, argued extensively that our relationship with God is not one of ongoing process. In the 1960s, Borowitz explicitly rejects the idea of God as a verb/process, in his article, “The Idea of God.” Instead, Borowitz’s theology offers a non-Orthodox sense of God as the absolute commanding source of our ethics and values. It is that powerful God with whom we are in relationship and who makes unconditional demands that we fulfill out of a sense of duty. In his teaching and writing, Borowitz reoriented liberal Jewish theology from relying on human sources for ethics. He moved the theological conversation from “ethical monotheism” — based in part on the work of philosopher Hermann Cohen, that there is one God whose standards for morality apply universally to all peoples — toward an existential and transcendent relationship with a commanding God. Borowitz not only reframed the central questions of modern Jewish philosophy, but he created a new field of Jewish theology — the idea of “covenant theology” as explained in his article in Commentary magazine in 1961.

Borowitz understood the necessity of a new kind of thinking that could build on the work of the early modern German- Jewish thinkers and yet take the contemporary American-Jewish reality seriously. Frustration with liberal humanism led many Jews toward a postmodern spiritual search for a source of human meaning beyond the self. Borowitz sensed this search when he wrote, “We know we are commanded but…we have no widespread understanding of Who or What authoritatively commands us and how such a thing is possible….”

When Borowitz was in his 20s and studying the religious thought of Martin Buber and Franz Rosenzweig, he rejected their existentialist philosophies. Borowitz was deeply troubled by Buber’s rejection of the possibility of absolute knowledge. For Borowitz, Buber also overemphasized the autonomy of the individual independent of any uniquely Jewish commanding covenantal relationship with God.

Borowitz did, though, embrace Buber’s understanding of the relationship between the self and God. Ultimately for Borowitz, while postmodern liberal Jews see themselves as decidedly autonomous, at the same time they do not and cannot exist only as individuals. Rather, they are Jewish autonomous selves. We are not simply singular selves interested only in ourselves; one’s autonomy is vaguely but decisively limited by being in relationship with God and with the entire Jewish people — past, present, and future. In other words, being a Jew in covenant with God is to recognize that the covenantal relationship itself limits one’s autonomy in a way that is the source of the compelling nature of this postmodern Jewish spirituality. This shift in focus is not because events have changed God, or that God has necessarily evolved, but rather that we — in our new understanding and as a result of our experiences — can better engage in a committed, non-halakhic but dutiful and covenantal relationship with God.

Borowitz focused on the questions of how the relationship between God, the Jewish people, and an emerging and increasingly powerful sense of “sovereign self” or “autonomous self” could be construed in a relevant and compelling theological system. This becomes an increasingly urgent Jewish question today — as what we have traditionally understood as “authority” appears to be losing ground.

In the years following World War II, Borowitz and his colleagues struggled with a search for a ground for our values that would be more ethical and powerful than the realization of the human capacity for evil that led modern enlightened societies to allow for and enact the Holocaust, murdering six million Jews and millions of other human beings, and drop nuclear bombs leading to the suffering of countless innocents. In study and fellowship with many thinkers, including Rabbis David Hartman and Yitz Greenberg, Borowitz clarified that “we come to God these days primarily as the ground of our values and, in a non-Orthodox but nonetheless compelling fashion, as the ‘commander’ of our way of life.” He argued for the renewing of the covenant based on an age-old Jewish view of our relationship with God and the clear sense that that relationship cannot be based on law/halakhah or on ethics alone. He felt that we must be able to correct the law when it could lead to unethical results.

He saw a deep theological need emerging from the dramatic loss of faith in human rationalism as a source of ethics. In 1991, he published Renewing the Covenant, in which he explored “a more-worthy faith.” He also embraced postmodern thought as a framework for covenant theology because of postmodernism’s appreciation that the truth of personal experience still holds that God remains the “senior partner” with a commanding voice. That discourse gave him the language to “assert my Jewish conviction that…we can have unmediated,compelling, quality-laden religious experience” that could occur in prayer, in song, in nature, in a synagogue, in giving birth, in being with someone who is dying.

Borowitz articulated a new understanding of the self not just structured by pure autonomy but “grounded in a relationship with God, with community, and as part of the Jewish people’s historic covenant with God. The result of all this is a new theory of non-Orthodox Jewish duty, the acts of which constitute the primary expression and medium of Jewish holiness.”

While those who understand themselves to be “radically claimed” by the Orthodox Jewish halakhic tradition may seek to find more room for the individual, those of us who are committed to liberal Judaism often perceive ourselves to be “radically free,” and I, like many others, seek more room for the claim of Jewish law in our lives. FN:1 In my own religious life, I have sought out a balance of being both radically free and radically claimed. It was Borowitz’s notion of the “autonomous Jewish self” FN:2 that gave me the language to say that while we celebrate our autonomy as liberal Jews, if we are truly part of a covenant, that autonomy is limited by the demands of a commanding God as well as by our commitment to the wisdom and lived experiences of the Jewish people of the past, present, and future.

God is therefore a constant commanding voice in the life of the Jewish people both as individuals and as a community. The autonomous Jewish self stands before God, not as an individual, but as part of a covenanted people. This demands a pluralistic view of the Jewish past as well as a desire to maintain a collective commitment to it in the future. His sense of duty to the whole of the Jewish people and to an experience of God is not a process but a relationship with a Commanding Presence of a real God in my life. 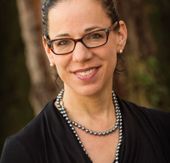 Rabbi Rachel Sabath Beit-Halachmi, PhD, is a scholar, Jewish institutional leader, author, strategic innovator, and public speaker. For the past five years, she served as the national director of recruitment and admissions at Hebrew Union College-Jewish Institute of Religion (HUC), where she was appointed, in 2013, President’s Scholar and most recently assistant professor of Jewish thought and ethics. Prior to her role at HUC, Sabath Beit-Halachmi served as vice president of the Shalom Hartman Institute in Jerusalem and for over a decade as a member of the institute’s faculty. She also directed Hartman’s lay and rabbinic leadership programs for North American leaders as well as programs in pluralism and Jewish identity for officers of the Israel Defense Forces. She currently lives in Cincinnati with her husband, Rabbi Ofer Sabath Beit-Halachmi, and their three children. She can be reached at rachelsabath@icloud.com.