When I was constructing a system of Jewish sensibilities about fifteen years ago (originally for an issue of Sh’ma in 2003), I was certain I’d include one I called “havdalah” — differentiating, making distinctions. I included it primarily because of its centrality in the ritual marking the transition between Shabbat and weekly time, which includes an affective ceremony of chant, candlelight, spices, and wine that is overlaid with longing for a time of peace and perfection. The liturgy blesses God for creating distinctions between the holy (kodesh) and the everyday (chol), light from darkness, Israel from the other peoples, the seventh day of rest from the six days of work.

I also included “havdalah” because I had observed that many American Jews make a point of showing up for lifecycle ceremonies that commemorate differences in status. Such ceremonies include bar and bat mitzvah, weddings, bringing newborn babies into the covenant — and marking the transition from life to death. Many people turn to familiar Jewish traditions and paths to address dramatic changes in social roles, as they provide needed direction and comfort.

Distinction-making is also necessary for the proper fulfillment of many ritual practices. How, for instance, does one know when to say the morning Sh’ma prayer? According to the tractate on blessings of the Babylonian Talmud (Brachot 9a), one must wait until it is light enough to distinguish the blue threads from the white threads of the tallit — or, according to a different teaching, until it is light enough to recognize the face of one’s friend.

Furthermore, the ability to make distinctions is the engine that pushes healthy debates along in the study of Jewish texts, and it establishes the notion that multiple points of view can exist simultaneously. In fact, the sages claim there are conflicts that are so constructive and edifying that they ought to endure, unresolved, for eternity. And yet, while we may want to challenge how binary thinking can diminish complexity, we also recognize that not all points of view can coexist harmoniously: Americans cannot continue to proclaim, “We are a nation of immigrants” and then list nationalities or religions that are no longer welcome. And while we want to preserve a social fabric that supports multiple viewpoints, we also want to make distinctions between good and evil, truth and falsehood.

The sensibility of difference-making is critically and essentially Jewish. And yet it has a powerfully destructive potential. When distinction is employed to distinguish some Jews from others — for example, the 30-year assault on women wanting to pray as a quorum at the Kotel in Jerusalem — it can turn from a lively debate of opinions to hate speech. It can turn from a stance that there are several differing forms of Judaism to a fundamental challenge of the notion that we are all part of the same Jewish people even though we express ourselves in distinctive ways. For American Jews who love Israel, this type of negation — along with Israeli rabbis who question Reform, Conservative, and even some Orthodox conversions, marriage ceremonies, and divorces — has the potential to create and exacerbate a deeply threatening gulf between Israeli and American Jewry.

I am not prepared to strike “havdalah” as an instructive Jewish sensibility. But, seeing how it can be manipulated to drive a wedge between people and how it can foster hate speech, I suggest that we look advisedly at the underbelly of distinctions, and that we note differences judiciously. 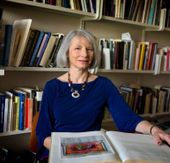 Rabbi Vanessa Ochs is a professor in the department of religious studies at the University of Virginia.