Menu
HomePresent at the End

Twelve years ago, I began working in elder care — caring for people not in their sixties, but in their nineties. Many had medically complex lives. For the past two years, I have immersed myself in hospice work and in being fully present with people as they near death. I have learned to join the dying person’s reality and to accept and live with that person’s experiences. Too often, a kind-hearted friend or family member would say, “Don’t worry, you’ll feel better soon,” or, “Just take it one day at a time.” Though these sentiments are well intentioned, we would all benefit if, in that situation, we pivoted to ask about the dying person’s fears or heartfelt feelings as they experienced each day.

To further deepen the understanding of death I bring to my hospice work, I’ve looked to the stories about Hasidic masters at the end of their lives. These Hasidic narratives required me to undergo a complete paradigm shift. Our modern, 21st-century Jewish culture predominantly decries death and considers it a tragic end of all experience. But for the Hasidic masters, there was a world that lay on the other side and, for many, as treasured as life in this world might be, it was merely preparation for the world to come. Entering into these stories has helped me to expand my imagination about death, and allowed me to be more at peace myself with the finitude of our human existence.

The Hasidic masters faced death in different ways: The Baal Shem Tov bargained with the “Angel of Death” for just a little more time; Rabbi Dov Baer of Mezritch called upon his children to be unified; Rabbi Eliezer HaLevi chose a beautiful gravesite and then was ready to depart; and Rabbi Yitzchak Meir focused on learning gemora with his grandson. Rabbi Menachem Mendel of Vitebsk declared, “It is the end of everything!” From each of these stories we learn Jewish values: the preciousness of life; shalom bayit, or family harmony; being at peace with death; and passing on tradition to a next generation. There is not one emotional norm, but many: Anger, sadness, joy, love, passion, hope, and detachment are experiences the different rabbis acknowledge.

The first death I ever witnessed occurred ten days into my position as the new director of spiritual care for Hebrew SeniorLife in Boston. I wanted to understand how a death happened in the context of our chronic care hospital, with the involvement of a person’s family and staff members, and within the framework of Jewish tradition. So when I got word that Mrs. Cohen was near death, I spent time with her, and I was present when her sons were notified and came to be with her. Together, we said the Viddui prayer, asking God for forgiveness for any wrongdoing on her part, intentional or unintentional, and praying for a peaceful death and protection for her loved ones. I stayed near her during the night when her sons went home, as her breathing became more labored, and as the doctor and nurses helped her to remain comfortable. In the early morning, I recited psalms with her and held her hand as she took her final breaths. I felt the profound stillness when her breathing stopped; I was suddenly alone in the room, sitting quietly with my chair against the wall. The nurses began to clean her body and prepare it for the funeral home. When one nurse asked the other why she was taking so long, the nurse replied: “I have to get the water just right, not hot but very warm; that is how Mrs. Cohen likes it.” They gently and soothingly sponged her face and hands, embodying chesed, a loyal love that did not cease at the end of a life.

Being present with people at the end of life makes death less alien and more essentially connected to our experiences of life. That needs to be the task of all of us who have been with a loved one at the end — to tell the story. In this way, we can help to make death more familiar, understanding that it is a sacred part of the continuum of life. My own experience of being with people has changed me — as I now feel the fullness as well as the emptiness as final breaths are taken. Living in the presence of death can help us to focus on what is most essential: love, affirming the legacy of a person’s life, and connecting with a sense of meaning — some might say God — that is greater than ourselves. Hospice chaplains and volunteers do not shy away from the dying; rather, we understand that death stands as a peak moment in life, and we hold the sadness as we become messengers of meaning — and build shalom, the wholeness that weaves life and death together. 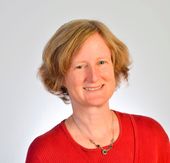 Rabbi Sara Paasche-Orlow is director of spiritual care at Hebrew SeniorLife in Boston, and co-author, with Rabbi Joel Baron, of DeathbedWisdom of the Hasidic Masters, Jewish Lights, 2016.