Humility, as has been distilled from the Mussar tradition (a discipline of moral conduct and character development), refers to taking up just the right amount of space — not too little and not too much. In his book Everyday Holiness: The Jewish Spiritual Path of Mussar, Alan Morinis cites and explains traditional sources on Mussar. He teaches us to maintain a balance between ourselves and the world around us, in which we strive to recognize how intricately we are interdependent on everything else.

This humble balance forms the heart of all art forms and spiritual practices, including music. The best musicians may assert their own ideas, but they always leave just as much space for others, and, collectively, they all strike a symbiotic balance between their sounds and the world’s sacred silence.

Initially, Moses, the “most humble” leader of our tradition, was unable even to speak, let alone sing, and yet he later went on to compose one of the greatest songs of our tradition, the Torah’s “Song of the Sea.” He composed the song collaboratively: Moses (and/or his sister Miriam) would compose and sing the first half of each line, and then the entire community of Israel would spontaneously respond with the second half of each line. (Talmud Bavli Sotah 30b) In this way, Moses led and listened, negotiating the full spectrum from silence to sound. His song — which eventually expanded to include the entire Torah — grew from his humility.

In contrast, King David, who was known to be the sweetest singer in Israel, was not reputed to be particularly humble. Though he knew how to sing, he had trouble listening. When he finished composing the last of his 150 psalms, he arrogantly stood up and exclaimed, “Who in the world could possibly sing more praises than me?” Immediately, a frog jumped up and insisted, “Ribbet! Actually, I compose more songs every minute than you’ve composed in your entire life, and, besides that, each song that I sing has 3,000 meanings!” (Yalkut Shimoni on Psalm 150) The king sat down, humbled by the lyricism of a croaking frog.

King Solomon took a lesson from his father David’s arrogance and asked God for a “listening heart.” (1 Kings 3:9-13) Soon, he learned how to understand not only the languages of all people, but also the languages of all the birds and animals. Once, he took out his father’s harp and began to play, and all of the animals gathered from around the world to listen to his heavenly music. At regular intervals, Solomon would stop playing and carefully listen to the animals just as they had listened to him; from them he heard the stories and wisdom of the entire world. (Targum Sheni, appendix I) In this way, Solomon merited the right to compose, eventually, “The Song of Songs.”

The prophets required music in order to make prophecy. Without music, one’s consciousness could not adequately expand to hear the divine whispers of the world. According to Uziel Meisels, an eighteenth-century Hasidic writer, a prophet’s job is to make oneself “like an instrument” in the hands of God. (Tif’eret Uziel) We cannot all be prophets, but we can try to be instruments of holiness. When we, too, remove our own ambitions and arrogance, we may become like the flute in the hands of a master musician, open to the breath of the Divine. 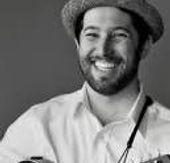 Joey Weisenberg is the creative director of Mechon Hadar’s Rising Song Institute, which aims to cultivate the musical-spiritual creativity of the Jewish people. A multi-instrumental musician, singer, and composer, he is the author of Building Singing Communities: A Practical Guide to Unlocking the Power of Music in Jewish Prayer and The Torah of Music, and his nigunim have been published in six albums and a songbook.