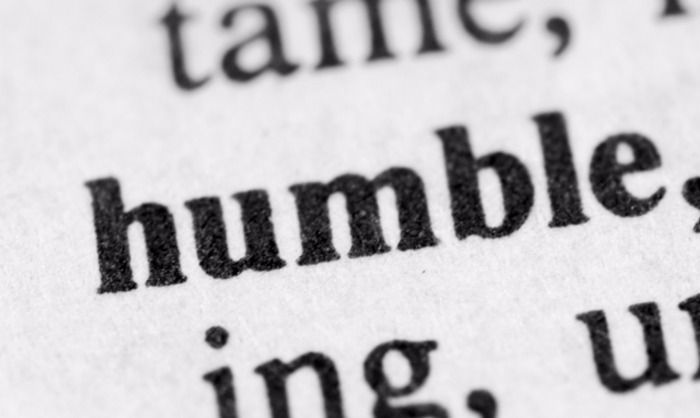 For example, powerful cultural currents exist in contemporary America that encourage Americans to consider our country “exceptional” or superior to other nations. Most of us insist that, when we claim any such exceptionalism, we do not mean to disregard others. But cultivating humility, as Americans, requires us to overcome our defensiveness and to search our souls for harmful, internalized notions of American superiority.

Are there ways that, however unconsciously, we consider our country to be uniquely “chosen” and entitled? Are there ways in which our national pride causes us to overestimate our worth and to turn a blind eye to suffering elsewhere in the world, including suffering to which we, as Americans, may have contributed? Focusing on the trait of humility can alert us to how such pride may bring us to defend our own righteousness and to hold ourselves above others. Such was the warning of Rabbi Aharon Shmuel Tamaret who, a century ago in Eastern Europe, urged his fellow Jews to consider the violence produced by nationalistic pride and, instead, to cultivate communities that reflect greater humility.

Jews may also rightly ask related questions about our own Jewish discourse of exceptionalism. When we American Jews speak of Jews as “chosen,” we often vociferously deny that we mean to imply any notion of Jewish superiority. But our defensiveness may blind us and prevent us from thinking critically about how we, as Jews, internalize conceptions of Jewish preeminence. Members of other communities have similar patterns of thinking, and thus Christians are obligated to confront their sense of Christian superiority, Muslims their sense of Muslim superiority, and so on. But, as the American theologian Rabbi Mordecai Kaplan argued, we Jews should do our part to consider and moderate our own communal pride.

Today’s American climate may bring us to hold ourselves above others in many other ways. For example:

• The vast majority of American Jews are seen as white, and those of us in that majority are invariably shaped by the white supremacism that has so deeply influenced American culture. It is our obligation to investigate the ways in which we may be complicit in this form of racism — however unconsciously. Jewish traditions regarding the equal dignity of all human beings, who are created in the image of God, may help us in this task.

• The majority of us live free from poverty, and we may hold ourselves above those who are impoverished. Current empirical research suggests that people with greater wealth tend to be more self-centered; humility asks us to challenge this dynamic within ourselves. Jewish traditions that link arrogance and abundance, often connected to the Torah’s warning that “your heart will become proud” upon gaining wealth (Deuteronomy 8:14), may help us to do so.

• Living in a country where we cause unprecedented levels of suffering to other sentient beings through our systems of animal agriculture, we might question how we overestimate our sense of worth as human beings in relation to the animal world. We need not equate human beings with non-human animals to recognize that the levels of cruelty that we support reflect a lack of humble regard for the dignity of animals. Meditating on the story of Moses, a shepherd who was distinguished by his humble regard for animals, may help us to cultivate greater humility in this respect.

These are just some of the many ways in which we may overestimate our own worth and be complicit in systems that fail to regard the dignity of others. The value of humility may inspire us to take note of our thoughts, words, and deeds; to question often-unconscious patterns; and to engage as deeply as we can in the difficult work of thinking, speaking, and acting with greater humility. None of us should underestimate our own worth, but neither should we refrain from considering and challenging the cultural forces that may encourage us to hold ourselves too high above others. 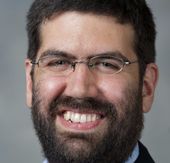 Rabbi Geoffrey Claussen is an associate professor of religious studies and the Lori and Eric Sklut Emerging Scholar in Jewish Studies at Elon University in North Carolina. He is a past president of the Society of Jewish Ethics and author of Sharing the Burden: Rabbi Simhah Zissel Ziv and the Path of Musar.