Menu
HomeWhere Are the Jews?

I walked into a prison for the first time in 1995, in Montana. I was part of a U.S. Department of Justice civil rights team suing over unconstitutional prison conditions: medical and mental health care were grossly inadequate, and prisoners particularly vulnerable to abuse by other prisoners went unprotected.

I never met a Jewish prisoner in Montana. Jews are, of course, a small American minority — perhaps 2 percent of the population — and most American Jews are white, so, given the stark overrepresentation of racial minorities in prison, we should not be surprised to find only 20,000–30,000 Jewish prisoners nationwide, scattered among 1,800 federal and state prisons and 3,200 local jails. It may be that this relatively small number of Jewish prisoners is why I entered those prison gates without any insight drawn from my religious life. Whereas Christians and Muslims have a long and robust tradition of ministry in prison, Jewish institutions have not taken a large role in promoting reform. Compare that to Jewish leadership on immigration justice, or on labor, food, or civil liberties. I had never heard anyone voice concern in my shul about any issue of criminal justice policy or propose a mitzvah project or social action related to prisoners or former prisoners.

But my attention was captured by that first prison in Montana. I spent much of the next two years there, as well as in jails in Alabama, Maryland, and Kentucky, learning how criminal justice organizations work and trying to understand and help solve their systemic problems. When I became a law professor, I left jails and prisons for a year or two, but I found myself drawn back. Some law reformers are motivated by the ever-present possibility of error — the innocent prisoner, the miscarriage of justice. For me, the moral claim of prisoners is different: It is a claim shared by guilty and innocent alike to treatment that respects their humanity, that acknowledges them as redeemable and valuable. To push for prison and jail reform is to try to shift the system to implement that claim. When reform is attempted through litigation, the prisoners (who are the plaintiffs) make claims as of right, as their jailers’ legal equals.

Yet, while this underlying principle was clear to me, I did not think of my prison work as religious at all.

During one Yom Kippur sermon many years ago, I recall my rabbi talking about how financial crimes — such as bribery or insider trading — were crimes and transgressions but also shandas (community embarrassments). However, to my mind, the true shanda is that, outside of a small but admirable group of prisoners’ rights advocates, American Jews have not embraced work against American over-incarceration and dire prison conditions, or helped prisoners after release.

Jewish tradition does support these three aspects of reform. First, against over-incarceration. Our tradition acknowledges, through repeated ritual, that moral error (chet) is part of life and that return (teshuvah) is always possible. The Yom Kippur liturgy frames error as a shared experience and offers as the solution to error not banishment from the community but community repair. Imprisonment therefore should be used only when separation from the community is truly necessary. America’s current 2.2 million prisoners — up in my lifetime from 300,000 — miserably fails this test.

Second, for humane prison conditions. The key is the principle of kavod ha-briyot (honoring God’s creatures) and the notion that all humankind is created b’tzelem Elohim (in the image of God). Both are powerful acknowledgments of equality and calls to struggle against dehumanizing conditions such as solitary confinement, enforced idleness, untreated illness, and abusive force. The 19th-century Turkish rabbi Chaim Palachi wrote that Jewish prisons should be uncrowded and clean, not because their prisoners are innocent of wrongdoing but because prisoners remain full members of their communities, responsible for fulfilling the commandments, and entitled to conditions that allow this to happen.

And third, for reentry. The Talmud teaches that it is wrong to take restitution even from a repentant thief because that would encumber his or her teshuvah (self-reflection and change). Likewise, a basic insight of modern reentry reform is that we need to frame our criminal justice institutions to facilitate, not obstruct, righteous living.

Prisoners are the most disempowered of all Americans. They cannot vote, and they are overwhelmingly poor and largely non-white, out-of-sight, and out-of-mind. It’s been my privilege to work with current and former prisoners to try to improve their situations, and it’s been my good fortune in recent years to draw on Jewish resources in support of that work. Join us. 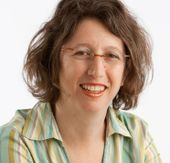 Margo Schlanger is the Wade H. and Dores M. McCree Collegiate Professor of Law at the University of Michigan Law School and a former board president of the Ann Arbor Reconstructionist Congregation.