Last January, President Barack Obama ended his final State of the Union address with an impassioned plea for civility. “The future we want… will only happen if we work together,” he said. And yet, mindful of our complex democracy and demography, he stressed that “a better politics doesn’t mean we have to agree on everything.”

Disagreements. Arguments. Quarrels. Disputes. Jews are not new to discord. We have a long and, perhaps, cherished history of expressing our differences. Our biblical forefathers debated God. Our ancestral prophets and kings butted heads. Our rabbinic predecessors labored over ancient texts and traditions, involved in the sacred task of navigating divergent viewpoints to reveal divine treasures of wisdom and guidance. Yes, we were once strangers in a strange land, but we have never been strangers to a good argument.

The Mishnah in Pirkei Avot 5:20 upholds “machlochet l’shem shamayim” — “a dispute for the sake of heaven” — as the quintessential model for what qualifies as a healthy form of disagreement. It’s this style of debate — illustrated by the idyllic quarrels between the schools of Hillel and Shammai — that will ultimately lead to a “sofah l’hitkayem” an “end that endures.” Hillel and Shammai are the paradigmatic examples of this holy quarreling because they prevented their differences from creating divisions within their community. Amid scholarly disagreement, they learned to coexist.

The archetypal dispute not for the sake of heaven is chronicled by the story in Bamidbar (chapter 16) of Korach, the cousin of Moshe and Aaron whose familial resentment and lust for leadership impelled him to protest and revolt against the Israelite leadership. Korach and his followers proved unsuccessful in their pursuit of power, and eventually they were swallowed up by the earth.

The distinctions between the two cases are stark. But what, for heaven’s sake, constitutes a dispute for the sake of heaven? And what does it mean that it will lead to an end that endures?

A precise definition and interpretation are themselves subject to centuries of debate. Several medieval commentators and, more recently, the former British Chief Rabbi Jonathan Sacks, suggest that whereas Hillel and Shammai were motivated by a quest for truth, Korach was inspired by a passion for power.

At its core, an argument for the sake of heaven is one whose objective is not the defeat of the other but rather the humble embrace of an ultimate truth. It’s less about “winning” an argument and more about solving a problem. What results, then, is not a destructive end-state that extends a divide, but rather a constructive one that bridges a difference.

And for those who embrace this values-based form of argument — sofah l’hitkayem, the end endures. The truth emerges. The disputants’ dignity is preserved. The community is strengthened. It remains whole, and progresses from argument to argument, from generation to generation.

A few weeks after President Obama’s final State of the Union address, he returned to the Illinois General Assembly, where he acknowledged the toxicity of American politics and the partisan rancor that breeds a gnawing cynicism. But he also noted that our polity has always been a work in progress and has always required work to progress. He concluded, “For all the imperfections of our democracy, the capacity to reach across our differences … remains entirely up to us.”

Blessed with the right motivations, even our differences can mend our divisions and bridge the gap between the reality we see and the future we want — for “a more perfect union.” For a sofah l’hitkayem. For an end that endures. And, if you disagree, no hard feelings. 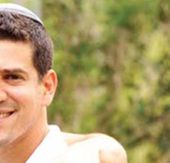 Chanan Weissman served as the White House liaison to the American Jewish community during the final year of the Obama Administration. He formerly served in several capacities at the U.S. State Department and the U.S. Defense Department.