Menu
HomeWhen Arguing, Remember the 49 vs. 49

As I hid quietly behind a few rows of students in my first Talmud class at Yeshivat Har-Etzion in 1993, our rabbi asked: “Who do you think is right, Abayeh or Rava?” Intimidated as any class of 18-year-olds would be, no one answered. He slammed his fist on the table and asked again in a louder voice. Still, no one answered. “You are all spineless chickens!” Then, he instructed us to argue back and forth until we could prove how both rabbis — though holding contradictory opinions — were right. I recall literally pulling a muscle in my brain as I attempted to comprehend contradictory truth and experience –– what I was to learn was the 49 vs. 49.

When asked by Moses for a “clear-cut Torah,” God responded by saying that every law must be understood with 49 reasons to rule a matter one way and 49 reasons to rule the opposite. A vote would follow, and if the majority voted that a matter was pure, it was considered pure, and if they voted it impure, it was impure. (JT Sanhedrin 4:2, 22a) Rabbi Yom Tov ben Avraham Asevilli (a thirteenth-century commentator in Seville, Spain, known as the Ritva) explained that this is how we can understand the legend of the heavenly voice declaring that both the opinions of Beit Hillel and Beit Shammai are “the words of the living God” (Babylonian Talmud Eruvin 13b) though they hold contradictory positions. The Babylonian Talmud states that there are 50 gates of wisdom, and only 49 were revealed to Moses; therefore, no human, not even Moses, can ever claim to attain the absolute truth. (Babylonian Talmud Nedarim 38a)

Being able to grasp the contradictory 49 vs. 49 on any particular subject can be extremely challenging, especially if we are affected personally. It requires several particular traits. First is self-awareness (mudaut atzmit) of our own 49 reasons that brought us to our particular understanding of truth. What various experiences and people contributed to our interpretations of the truth as such? Second, we need a deep sense of humility (anavah) that our truth is at best a partial truth based upon only 49 reasons and never reaches the absolute truth of 50. Once we have acquired awareness of the bias of our own 49, we need to acknowledge the 49 experiences, stories, concerns, and values that make up our opponents’ understanding of the truth. In order to fully enter into this opposing position, we need to cultivate a genuine sense of respect (kavod) for our opponents. We also need curiosity (sakranut) about the 49 reasons and experiences that bring them to their understanding of the truth; this requires deep listening and a degree of empathy.

Grasping the contradictory 49 vs. 49 of a difficult issue enables us to engage in a process of productive and respectful disagreement. It is how our tradition instructs us to disagree constructively, known as machlochet l’shem shamayim, or disagreement for the sake of heaven. (Mishnah Avot 5:17) This method, practiced by the sages of the Mishnah and Talmud, is still practiced today every time study partners, or chevruta, respectfully argue over different interpretations of a text.

On the ninth of Adar, around the year 66 CE, shortly before the destruction of the Second Temple, the sages temporarily neglected the principle of the 49 vs. 49 and became locked in a destructive conflict, each trying to advocate for their truth without any understanding or consideration for their opponents’ truth. This took place, according to the Talmud, when the schools of Hillel and Shammai ceased disagreeing constructively “for the sake of heaven” and instead engaged in a violent clash over how open to be toward non-Jews. (JT Shabbat 1:4, 3c)

Today, our cultural competency in how to engage in constructive conflict appears to be once again eroding. We might turn to our tradition to learn how to strengthen the cognitive and emotional skills essential to becoming more aware of the bias of our 49 and more respectful and curious about the opposing 49. We might, then, foster healthier and more sacred disagreements l’shem shamayim. 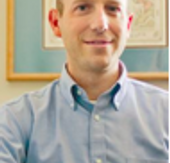 Rabbi Daniel Roth is the founder and director of the Pardes Center for Judaism and Conflict Resolution and the 9Adar Project: Jewish Week of Constructive Conflict. To find out more, go to 9Adar.org.