Menu
HomeListening for the Sake of Heaven, Post-Election

In the immediate aftermath of the election, we witnessed a tug-of-war around empathy among Jewish and general commentators in blue America. Many expressed bewilderment and shock: “How could we have not known half our country?” “What blinders have we worn?” “What failure of empathy — basic miscomprehension — brought us here?”

The call for empathy in turn inspired a backlash: “Why should we kowtow to racism?” “Lives and the planet are on the line. You want me to hug the people who’ve brought on such threat and harm?” “Reaching out to them isn’t just morally dubious, it’s a waste of resources. We can win elections without them.”

Resisting engagement with red and purple counterparts is understandable. Yet many of the arguments against pursuing understanding rely on false binaries and strawmen. As if we must choose: Fight or dialogue, agitate or heal, condemn or introspect, rally the base or reach out to the other. As if noticing neglect for the grievances of the rural heartland obliges us to obscure the suffering of immigrants, African-Americans, the LGBTQ+ community, Muslims, and the urban poor.

I hail from Trump country — a bright-red small town like many that blanket the Midwest, ever reliant on a few core companies. Growing up, the culture surrounding me was built on good neighborliness and church. Overwhelmingly white, Christian, and insulated from outsiders, we alternated between feeling sorry for and intimidated by city dwellers — superior and inferior, flown over, defensive, and unseen, but still proud. We grew accustomed to Hollywood and the national media ignoring us, except to make us the butt of a joke.

I was a foreigner four times over in my hometown: a stranger by virtue of Jewishness, ambition, affluence in relative terms, and parents with Chicago-roots. As a child, my friends anticipated that I would leave them. “I imagine you going off and returning, looking down on us in a fur coat,” said my best friend at age eight. But for the fur coat, she was not entirely wrong.

As an adult, I have resided in the other America — Brooklyn, Berkeley, Cambridge — and shared culture of cappuccinos, high rent, and advanced degrees. When I’ve cared about an issue, I’ve found a way to dial up power: that college friend, that son of a donor, that colleague of a colleague. I internalized the sensibility that for “us,” influence was always within reach.

I watched this election cycle as childhood friends voiced the politics of resentment: the sense of being lorded over by disdainful distant elites, the fed-up-ness with liberal “tolerance” for everyone but white Christian them. Much of my adult world, meanwhile, expressed incredulity at best, contempt at worst for the dumb, duped people of red America.

The costs of the expanding cultural and sociopolitical distances of our fragmented country are practical and profound. We cannot speak effectively to those we do not remotely understand. When we remain tucked in echo chambers, we are unable to make realistic and correct assessments of what is happening. We do not know how to influence and persuade. We repel would-be allies and turn them into adversaries.

It is time to dispense with zero sum games and either/or competitions over marginalization and suffering. It is time to turn toward the experiences of rural, white men and women who feel forgotten and left behind without turning away from the experiences of the urban poor, people of color, and other vulnerable populations. It is time to recognize that many Middle Americans experience not only economic anxiety, but also legitimate cultural and political disenfranchisement. Doing so does not in any way mean giving bigotry a pass. We have a far greater chance of challenging people when we hold and reflect their legitimate frustrations and hardships.

It is in liberals’ interest not only to fight, protest, and condemn, but also to extend ourselves, to touch down in the “middle of nowhere” to grapple with the sensibilities of “flyover country.” To pursue empathy is not to sing “Kumbaya.” It is, rather, to overcome the objectification of people whose lived experience we need to understand to uncover our own blind spots and increase the likelihood that our arguments and challenges will land and be taken in. Whether we are drawn to the table for the sake of relationship, insight, or political expediency, heavenly argument means listening as a precondition for being heard.

Come home with me to the corn fields. We may not change our positions, but we will not be the same at the end of that gaze. 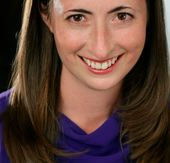 Rabbi Melissa Weintraub is the founding co- director of Resetting the Table, an organization dedicated to building meaningful dialogue and deliberation across political divides on Israel in the American Jewish community. She was the co-founder and co-executive director of Encounter, which works to strengthen the capacity of the Jewish people to be agents of change in resolving the Israeli-Palestinian conflict. Weintraub received the Grinnell Young Innovator for Social Justice Prize, which honors extraordinary accomplishment in effecting positive social change.