Over the past few years, I’ve found myself thinking, writing, and talking a lot about the Book of Exodus as I learn to be a rabbi in situations I never could have imagined.Today, my work focuses on helping American Jews understand that our story of liberation is formative in developing our moral consciousness and should guide us to care more for the vulnerable among us. This is what comes to mind when I hear the Israelites’ enthusiastic affirmation of covenant, traditionally translated as, “All that God has said, we will do, and we will obey.” (Exodus 24:7) The verse (sometimes translated simply as “We will do, and we will hear”), is understood as the paradigmatic expression of Israel’s faithful adherence to God, a devotion to follow the law even before understanding it.

As a rabbi working for a human rights organization, I am often called upon to articulate the particularly Jewish opposition to our country’s current immigration policies. I’ve lost track of how many times I’ve explained it with a talmudic line from Rabbi Eliezer: “In the Torah, we are told 36 times — and some say 46! — not to oppress the stranger.” (Bava Metzia 59b)

One instance where this charge appears is just prior to the declaration na’aseh v’nishma: “You shall not oppress a stranger, for you know the feelings of the stranger, having yourselves been strangers in the land of Egypt.” (Exodus 23:9) Rabbi Shai Held points out the truly radical nature of this seemingly simple command. Memory is, for the most part, ethically neutral. But here, “the Torah appeals to our memory to intensify our ethical obligations: Having tasted the suffering and degradation to which vulnerability can lead, we are bidden not to oppress the stranger.”

At a recent protest of the administration’s immigration policies, I saw a sign that particularly moved me. It said, “shamor v’zachor,”“we watch and we remember.” The phrase, which comes from the Shabbat prayer “L’cha Dodi,” is generally understood to refer to the two different reasons we observe Shabbat. I felt particularly moved seeing these two words as an explanation for taking action in response to injustice: We see what is really happening, and we know the history that has taught us exactly where this all ends.

Of course, watching and remembering was certainly not all that the sign holder, or anyone else at the protest that day, was doing. That’s just what got us all there. The Book of Exodus teaches us that it is not enough to simply remember. As Rabbi Held concludes, “One of the Torah’s central projects is to turn memory into empathy and moral responsibility.”

So, too with na’aseh v’nishma. It is also not enough to simply act and obey. The cultivation of that empathy and moral responsibility is not just commanded. The Torah is not making a rational argument for such behavior; the motivation for protecting and promoting the interests and rights of the stranger is our memory of being strangers in Egypt. Acceptance of the covenant — “All that God has said, we will do, and we will obey” — is also acceptance of the Torah’s insistence upon the deep connection between memory and morality. To the extent that we fail in our obligations to the vulnerable, we are failing to remember our experience in Egypt — which is of course why we retell the story of the Exodus every year on Pesach.

In some ways, na’aseh v’nishma can be understood as a merism, a conventional phrase that references parts that refer to a whole. The Israelites’ promise to “do and obey” signifies an obligation much broader than the connotations of just those two words. We did not pledge just to do and just to obey. Na’aseh v’nishma is our commitment to serve God by cultivating empathy and compassion for the vulnerable among us. And there is no time more urgent than now to renew that commitment. 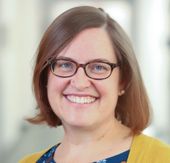 Rabbi Salem Pearce is the director of organizing at T’ruah: The Rabbinic Call for Human Rights, which mobilizes rabbis, cantors, and their communities to protect human rights in North America, Israel, and the occupied Palestinian territories.