Menu
HomeHeartbeat of a Living Tradition

When the Israelites at Sinai declared, Na’aseh v’nishma, “We shall do and we shall hear,” they expressed a profound principle: It is through doing that we hear divinity. Spiritual insight is inseparable from bodily action.

I can’t remember where I first encountered this luminous gloss on Exodus 24:7. It seems to spring up everywhere. In any case, it touches the core of my own convictions. Even as I have sought, sensed, loved, and thanked God’s presence in the world’s wildness, I’ve always recoiled from the question, “Do you believe in God?” Na’aseh v’nishma — the Holy One is knowable only in the medium of moments, when we are overcome with attention. And yet, such strong resonances are rarely as timeless as they seem. Indeed, this particular perspective on na’aseh v’nishma is not ancient or even medieval. It’s modern. And when we trace the hermeneutical history of the two-word phrase, we shed light on our contemporary situation.

For more than two millennia, the verse was interpreted primarily as a declaration of obedience. In biblical Hebrew, the verb nishma had a semantic range of hearing, hearkening, and heeding. In Exodus 24:7, therefore, it presumably emphasized Israel’s eagerness to comply with God’s commandments: “We shall do and we shall heed.” Such a word-for-word translation sounds clunky, of course. But the late-ancient rabbis delighted in clunkiness. Every wrinkle in Torah beckoned further unfurlings of revelation. The Talmud thus interprets nishma hyperliterally as “we shall hear,” and contemplates the enigmatic order of operations in the statement, “We shall do and we shall hear.” Shouldn’t one first hear the contents of commandments before promising to do them? No, the sages marvel. When the Israelites at Sinai gave precedence to “we shall do” over “we shall hear,” they demonstrated their radical subservience to divine sovereignty. This was no less than “the secret of the ministering angels,” a purely devotional existence.

From then on, in midrashic, philosophical, and mystical discourses alike, na’aseh v’nishma becomes a shorthand for the people’s unconditional obedience. Despite countless exegetical innovations over the centuries, the overwhelming majority point, nonetheless, to the quality of the Jewish people’s acceptance of God’s law. Even the exceptions to this rule continue to interpret nishma within the context of hearing, hearkening, and heeding.

This begins to change in Hasidism. Like their rabbinic predecessors, Hasidic sages are struck by the order of doing before hearing, and yet some now sense that the hearing is a result of the doing. Moreover, they suggest that this “hearing” intimates a newfound theological awareness or understanding. For example, Menachem Nahum of Chernobyl (1730-97) advises that in moments of small-mindedness, when we are numb to the divine life-force pulsing in all existence, we must employ practices that reinvigorate our awareness. “And this is what is called ‘we-shall-do’ preceding ‘we-shall-hear.’” We need concrete actions to catalyze spiritual cognition. In a similar vein, Menachem Mendel of Kotzk (1787–1859) critiques philosophers who fancy that they can comprehend God through rational speculation. In truth, the Kotzker contends, those heady intellectuals only apprehend within the bounds of mere reason. In performing the divine commandments, however, we expand our minds beyond ourselves. “This is na’aseh v’nishma: If we have a vessel of doing, then we shall hear and we shall comprehend everything of the highest heights.”

The German-Jewish philosopher Martin Buber was smitten with this latter teaching. As a sort of anti-theology theologian, Buber repudiated all theoretical or “I-It” discourse about God, suggesting rather that God is graspable only in moments of non-objectifying or “I-Thou” encounters in the world. The Kotzker’s commentary fanned Buber’s flames. After discovering it in 1927, he included his own version in almost all of his subsequent anthologies of Hasidic tales, and even incorporated the exegesis into a 1929 essay on religious versus philosophical ways of knowing. Rabbi Abraham Joshua Heschel, an acquaintance of Buber, a descendent of Hasidim, and a self-proclaimed disciple of the Kotzker, claimed similarly in 1955 that na’aseh v’nishma turns “upside down the order of attitudes as conceived by our abstract thinking” and dissolves binaries of “thought and fact, the abstract and the concrete, theory and experience.” The French philosopher Emmanuel Levinas, the Jerusalem-based Torah commentator Avivah Gottlieb Zornberg, the New York mystic and activist Jay Michaelson, and innumerable other modern Jewish thinkers go on to contribute related teachings on na’aseh v’nishma. The gloss catches like wildfire.

What sparks this hermeneutical mutation? First, modern ideals of freedom and autonomy, coupled with separations of church and state, render images of the Israelites’ unconditional obedience uninspiring at best. If religious observance is a personal choice, then those actions must offer something to seekers. The new interpretation of na’aseh v’nishma does just this, exchanging an image of subservience for a promise of enlightenment. Second, although traditionalists and rationalists had already clashed for centuries over various scriptural claims, modern intellectual developments challenge the very notion of professing metaphysical doctrines at all. As if in direct response, the new interpretation of na’aseh v’nishma outlines a way to contemplate God beyond doctrines and beliefs, offering a wholly embodied, post-dogmatic theology.

To acknowledge the relative newness of this view on Exodus 24:7 is in no way to imply that it is therefore inauthentic or invasive. On the contrary, here is the heartbeat of a living tradition. Interpretation is a mirror that reflects at once the infinities of Torah and the faces of Israel. The voices of Sinai resound. 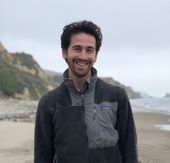 Sam Berrin Shonkoff is assistant professor of Jewish studies at the Graduate Theological Union in Berkeley, Calif. He is the editor of Martin Buber: His Intellectual and Scholarly Legacy (Brill, 2018) and coeditor, with Ariel Evan Mayse, of Hasidism: Writings onDevotion, Community, and Life in the Modern World (Brandeis University Press, forthcoming). Shonkoff is currently completing a book on Buber’s interpretations of Hasidic sources.