Menu
HomeYea. Sure. OK. Whatever!

Parent: “You’re a teenager, and I get it: You want unlimited access to the car, no curfew. But we’re your parents, and here are the rules you’re going to have to live by if you want greater independence….”

Teen: “Alright, already! I’ll do whatever you say!”

The People Israel, B’nai Yisrael, was born emerging from Egypt. Passing from the seaside station of pi ha’cheirut, “the mouth of freedom,” through a canal of parted waters, held by God in a loose embrace as the people traversed the expanse of their formative years, with God providing sustenance and protection. But Israel’s childhood was brief.

Just three months after the Israelites leave Egypt, God makes a promise to them and issues expectations for their conduct, and the people assert their obedience: “We’ll do what you say!” (Exodus 19:6-8) Soon thereafter, Moses reads them a written form of this relational covenant, and they expand upon their assertion, reaffirming: “Na’aseh v’nishma,” “We will do and we will hear!” (Exodus 24:7)

What were they agreeing to do? What was their motivation? Love? Obedience? Fear? How well did their submission work out? At first glance, not so well.

As the narrative unfolds, Moses leaves the Israelites alone as he climbs the mountain to talk with God. Feeling abandoned, and having not yet internalized God’s presence, the people fashion a tangible God-object, “the Golden Calf.” (Exodus 32) The children of Israel continue to act out, rebelling repeatedly against the seeming privilege of those who guide and set the boundaries of their existence: The descendants of the tribe of Reuben, and then Korach, rail against Moses, enacting disastrously destructive fractures between themselves and their parental God (Numbers 16).

As we follow the Israelites from deliverance to revelation, we watch them move from birth to adolescence. The Israelites grow from a completely dependent and confused people, kvetching about food and water, to a more mature though not-yet-adult nation seeking spiritual sustenance and a greater role in leadership.

The rational part of the brain is the prefrontal cortex, the brain’s CEO, responsible for planning, prioritizing, analyzing, and taming our emotional reactivity. As Dr. Jess Shatkin writes in Born to Be Wild: Why Teens Take Risks and How We Can Help Keep Them Safe, the prefrontal cortex develops slowly, not fully forming until early adulthood. The limbic system, however, the part of the brain that gives rise to our emotions, develops much earlier, so that we experience joy, sadness, anger, desire, and frustration early in childhood. In adolescence, we are not yet guided or tethered by reason. It can be a time of impulsivity and risky behavior propelled by the emotions and physiological needs that motivate us to sustain ourselves by eating, satisfying sexual appetite, drawing close or fleeing, defending or rebelling. The adolescent brain, not yet fully formed, is more flexible. And an adolescent’s risky behavior can serve a greater purpose; it allows for exploration, innovation, and creativity. So, when the People of Israel assert, ‘We will do, then we will learn,’ they are letting God know not just that they will learn by doing but — like the adolescent people they are — they will explore, innovate, and create their own ways to follow God’s commandments.

The developmental psychologist Erik Erikson taught that each stage of psychosocial development must be negotiated and resolved before moving into the next stage. The work of adolescence is to evaluate and challenge the experiences that have contributed to our sense of self so that we become true to ourselves and who we want to become as adults. An adolescent might feel a need to reject parental values and family practices as she searches for her authentic self. Navigating this stage successfully results in the capacity for loyalty and faithfulness, a volitional fidelity more meaningful than obedience.

B’nai Yisrael’s rebellions — for example, the rebellion of Korach, Dathan, and Abiram against Moses and Aaron (Numbers 16:5-7) — are clear examples of an adolescent need to assert agency while negotiating a hierarchical world. The fact that some of the Israelites are swallowed up in the process amplifies the inherent risk of the adolescent journey.

For teens, na’aseh v’nishma, resonates: We’ll experiment with the mandates you set out as we come to terms with our own spiritual and moral path. Some of our actions may not please you, some may anger you, some may be self-destructive, but if you want our authentic allegiance, our mature devotion, our real understanding of what this covenant entails, you’ve got to wait. 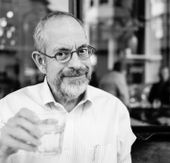 Dr. Ross Andelman is a pediatric and adult psychiatrist living in Vancouver, British Columbia, with his wife, Rabbi Hannah Dresner. He practices in Bellingham, Wash., and Berkeley, Calif. Andelman grew up in Tulsa, Okla., and studied architecture at Yale University, photography at San Francisco Art Institute, and medicine at Columbia University.