Menu
HomeWhat Prompts Us to Give? Balancing Head and Heart

Ask most people what motivates philanthropy and they’ll probably say, “generosity.” But generosity isn’t simple. People give charity for many and overlapping reasons: tax advantages, social pressure (my friend asked me), ego (I want my name on a building), enlightened self-interest (I know a society that helps the powerless will be more prosperous and stable than a purely greedy society), admiration for particular leaders or institutions, outrage at injustice, empathy for people who are suffering, passion for culture, religious conviction, gratitude and a desire to give back, or countless other reasons.

Which motivations drive us — or rather, since competing motivations sometimes drive us in opposite directions, which motivations drive us most dominantly — can make a significant impact on how much we give, what causes we choose, what grantees foundations choose to support, how we structure or limit our grants, and every other aspect of our philanthropy. So, it’s worth asking ourselves: What thoughts and emotions are really prompting me to give?

Not everyone is eager to engage in the emotional aspects of this question. The “effective altruism” movement, for example, downplays emotion, treating philanthropy as a science and choosing causes and programs exclusively by asking empirical questions. According to EffectiveAltruism.org, worthy causes are problems that are objectively “great in scale…, highly neglected…, and highly solvable.” The same website lists malaria and parasitic worms as examples of causes that fit these criteria. Such determinations are made based on evidence and reason.

The generosity of John D. Rockefeller — who invented the modern field of philanthropy — shares that ethos of reason, and sits in stark contrast to ancient traditions of charity that focused less on effective change and more on fulfilling the religious obligation to give, regardless of results. Rockefeller was quite religious in his motivations, but he wasn’t satisfied with simply giving to alleviate needs; he wanted to address the root causes of those needs. So, he brought organizational experts into his foundation in order to run it with the rigor of a business. Rather than giving only to treat those already sick, for example, he dedicated vast resources to new medical and scientific research that might prevent illnesses or create new cures. Philanthropists (i.e., those who give systematically to solve the conditions that create need) consider themselves more effective at doing good than mere charitable donors (i.e., those who give reactively to address needs). While both types of giver respond to emotional cues, philanthropists are more systematic and strategic in their responses.

Effective altruism goes even further, extending that cold light of reason not only to the means but to the ends. Or, I should say, it pretends to do so, because reason can never create goals, much less values. Effective altruism claims to be purely logical by taking for granted a certain (quite radical) set of values — materialism, utilitarianism, and extremist universalism — the idea that our responsibilities (though only for material needs) extend to everyone, everywhere, equally. (This claim of equal responsibility is much more radical than asserting equality.) But those are premises, not conclusions, and they appeal only to those attuned to them intellectually, culturally, and emotionally.

An alternative to effective altruism, one more diverse in its values, is “strategic philanthropy,” in which we choose our causes with our hearts and then use our brains to pursue them in the most effective ways. This is the contemporary heir to the Rockefeller philanthropic model, and the most professionally-oriented, well-staffed foundations pursue it; all details of grants and programs are controlled by foundation professionals acting based on the guidance of dispassionate research, evaluation, andanalysis, but their work serves overall missions and visions that are derived from the values and passions of the founders.

And yet, just as we shouldn’t pick causes to support through a process of uncritically importing the values and assumptions of “effective altruists” wholesale, we also shouldn’t let our hearts resolutely set our agenda without outside input. Biases and prejudices lurk in our hearts despite our best intentions. As Yale psychology professor Paul Bloom has shown in his book Against Empathy, emotional passion often makes us narrow our concerns to the people most like us. “Intellectually,” writes Bloom, “a white American might believe that a black person matters just as much as a white person, but he or she will typically find it a lot easier to empathize with the plight of the latter than the former. In this regard, empathy distorts our moral judgments.” And delegating causes to the heart leaves too much room for selfishness; we might focus our giving in an effort to receive praise and be recognized as a donor, or our generosity might be motivated by an effort to borrow prestige from grantee institutions.

To complicate matters further, our century is obsessed with self-expression. We educate children to “express their true selves”; we support people to “be all they can be” and to make their own unique personal contributions. In this context, philanthropy becomes a form of self-expression and giving becomes a way of achieving meaning and self-realization. Philanthropy shifts to a focus on the needs of the giver rather than the needs of the recipient.

Judaism anticipated that challenge. The Hebrew word for responsibility, achrayut, comes from the word acher, other. Philanthropy should be a responsibility to others.

The genius of our tradition of tzedakah, in all its rich complexity in Jewish texts and history, is to provide a balance between the self’s needs (fulfilling religious obligations, obtaining Divine forgiveness, and developing character) and communal needs (actually helping people). It also balances proactive logic (like all Jewish law, tzedakah demands systematic engagement) and reactive emotions such as generosity of the heart (n’div lev) and gratitude (hakarat hatov), which are also discussed in texts about tzedakah.

Tzedakah also upholds both parts of the dichotomy of universalism and particularism. Like effective altruism, tzedakah demands that we care about those farthest away and least like us. But, like every parent, tzedakah also acknowledges that some people have more claim on us than others: “Aniyei ircha kodmin — The poor in your city come first.” (Talmud Bavli, Bava Metzia 71a)

Funders should give from both the heart and the head. But that heart and head should be serving something larger than the individual body they’re attached to. Our giving must be grounded in moral, empathetic, and creative traditions that hold us accountable to broader visions and human communities. When rooted in collective perspectives, our individual struggles between thoughts and feelings, ego and gratitude, become smaller. And while they don’t fade away, by being shared with our communities they become machlokot l’shem shamayim— arguments for the sake of heaven. 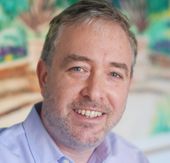 Andrés Spokoiny is president and CEO of Jewish Funders Network, which works with Jewish funders, both individually and collectively, to improve and maximize their philanthropic impact. He previously served as the CEO of Federation CJA in Montreal. Originally from Argentina, Spokoiny has a multidisciplinary academic background, including business, education, and rabbinical studies in institutions across the globe.