I have been facilitating grief rituals for more than 25 years. As a rabbi, I have always felt privileged to do this sacred work. But I discovered that the rituals that have been so comforting to so many over the years were often problematic for me when Yael, z”l, my wife of 40 years, died in September of 2016.

Like other rabbis who have suffered loss, I was caught in a conundrum. I wanted and needed communal support, but so many of my congregants primarily experience me as a spiritual caregiver, and while they certainly intended to offer me consolation, the role reversal was difficult for them to navigate.

Thankfully, the  lay leadership of my community understood that what I needed most was space to grieve. They explicitly told me that I should return to work when I was ready and to take as long as was needed. During the first month following my wife’s funeral, they invited people who wanted to bring me food to drop it off at the synagogue. A few people were designated to bring the food to my home, put it in the refrigerator in the garage, and leave without interacting with me.

We conducted the nightly shiva minyan at the synagogue, and during the day only family and close friends came to our home to sit shiva with my two sons and me. I was grateful that my Jewish Renewal tradition offered me an elasticity in exploring rituals associated with shiva, shloshim (the first week and the first 30 days of mourning), and the first yahrzeit (anniversary of the death). While traditionally a spouse only mourns for 30 days, I participated in grieving rituals for the full year. These rituals reminded me that time was my ally in the mysterious path of mourning and grieving.

Reciting the mourner’s Kaddish proved the most difficult. Generally, when I lead the kaddish, I try to give mourners in our community the space to feel the power of this prayer by reciting it slowly and making eye contact with each mourner. But, as a mourner myself, I was concerned that my personal grief would overwhelm their needs. Reciting the kaddish brought me into a cocoon of grief, and I could never predict how intense the experience would be. It didn’t take me long to realize that I had no control over whether, or how, my own grief would impact other mourners. I simply gave myself to the prayer and followed the journey to wherever it led me emotionally.

The truth is that I did not and do not need reminders of my loss. I am in close contact with the loss every day. However, the rituals of shiva, shloshim, and yahrzeit remind me that the way I hold and integrate the loss shifts with the passage of time. During shiva, I was not sure how I was going to survive. By shloshim, the surreal numbness began to dissipate. By the first yahrzeit, I knew that I could still live a life of meaning, albeit without Yael.

The framework of avelut, mourning, guided me to question whether any planned entertainment activities truly honored my emotional state. Following this directive, I shared the following caveat with anyone  I made plans with during the first year of mourning: “Please understand that my grieving process is unpredictable. I may find that I need to spend some quiet time alone, so please do not be upset if I cancel at the last minute. If you are willing to live with this uncertainty, let’s plan to be together.” Every discretionary plan I made during that year was provisional, allowing me to walk the path of mourning and grieving with integrity. I honor Yael’s memory by respecting the feelings of loss that can sweep over me without warning or anticipation. I honor her memory by not turning away from the depth of my love and the ache of my loss. 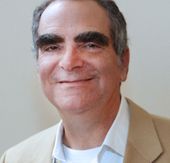 Rabbi Dan Goldblatt has been the spiritual leader of Beth Chaim Congregation in Danville, Calif., for 24 years. He is the past president of OHALAH: Association of Rabbis for Jewish Renewal, and currently a board member of both OHALAH and ALEPH: Alliance for Jewish Renewal. He is launching a sacred storytelling training program and is writing a book about sacred stories.