What do Jews do when things are hard? Kvetch? Tell a story? When I found myself anguished as my feminist consciousness developed and Judaism’s deep patriarchy came into view, I began to write midrashim. Midrash literally means to search out, and is the ancient and effective tradition of returning to a scriptural text to search out new meanings with new eyes.

I wasn’t alone. A number of Israeli women have spent years studying in a variety of batei midrash, also discovering this strategy. As the talmudic rabbis did in their time, women today use the literary tools of midrash to confront existential dilemmas and ethical problems. Whereas early rabbis had the texts of the Tanakh to interpret and compare, the later rabbis could draw on rabbinic texts, like the Mishnah; today’s women have rabbinic literature as well as Kabbalistic and Hasidic teachings.

Over the past decade I have gathered, edited, and published more than 150 midrashim by contemporary Israeli women, in two volumes called Dirshuni. I’ve chosen two examples that demonstrate how we return to foundational texts, chazarah l’sifrei kodesh, in order to write new sacred texts. Each example shifts our angle of vision and understanding, revisits scripture by being in dialogue with our traditional rabbis, and arrives at conclusions radically different from those of the tradition up to now.

The first midrash I’m sharing is written by Rivka Lubitch, an advocate for women in Israel’s rabbinic courts. Her textual renderings take place in an imaginary house of study, “Beruria’s beit midrash,” the site of juicy debates between wise and learned women. Her midrash grapples with the biblical rights of women to acquire property. She tries to understand how we know that Avraham and Sarah shared equally in their property. In midrashic fashion, she chooses a text and mines the sources around it. Her “prooftext” is based on Genesis 12:5: “and all the wealth they made.” Then, she raises a question: What if the verse isn’t referring to Sarah but to Avraham’s nephew Lot, as the full verse reads: “and Avraham took Sarai his wife and Lot his brother’s son and all the wealth that they had made and the souls they made in Haran”?

A classic rabbinic midrash on this verse (Midrash Breishit Rabbah 39:14) explains “the souls they made,” to mean people whom they had converted to monotheism, the men converted by Avraham, and the women, by Sarai. Rivka takes this midrash and creates a syllogism: “The wise women answered: Our rabbis interpreted ‘and the souls they made in Haran’ to mean ‘Avraham would convert the men and Sarai, the women. So too we should interpret “the wealth they made” to mean that they did it together, and it belongs to the two of them together.’”

Ayala Tzruyah, a member of Kibbutz Yavneh who died in 2016, addresses judgmental attitudes toward women who have been raped. Exploring this twisted assessment, she returns to the traditional story about the rape of Jacob’s daughter Dinah in Genesis 34 by Shekhem ben Hamor, the son of a local gentile notable. Tzruya quotes the rabbinic midrash (Yalkut Shimoni, Vayishlah, 134) describing the cruel fate Dinah’s brothers wanted to mete out to the daughter that Dinah conceived after her rape: “And Jacob’s sons sought to kill her. They said: ‘Will all the land now say that there is a whore’s daughter in Jacob’s tents?’ What did Jacob do? He etched the Name of the Holy One on a frontlet, hung it on her neck, and sent her away.”

In her midrash, “And Dinah His Daughter,” Tzruyah takes the original midrash and adds new details that shift the moral judgment. She does this by playing on the name Osnat, as Dinah’s daughter was known in the rabbinic tradition. Tzruyah writes: “And they didn’t speak with her once she was pregnant, but sought to kill her, as was written ‘will our sister be treated like a whore?’ (Genesis 34:31) Will all the land now say there is a whore’s daughter in Jacob’s tents? Dinah’s brothers called the daughter Osnat, so that she should remember her shameful birth, and her mother and her rape and disaster (onsah ve-asonah), on account of her going out to see the daughters of the land.” (Genesis 34:1)

Tzruyah continues, and explains Jacob’s act of providing his granddaughter an amulet for her protections, as pushing back against his sons. And Jacob called “her At-Nes (You Are a Miracle), and he marked her with the golden frontlet…” In her midrashic interpretation of the name, Jacob didn’t see in Dinah’s daughter shame, guilt, and catastrophe, as did his sons. Rather, he saw a symbol of something good.

These women return to and rewrite stories using classic midrashic tools to create the next shelf in the Jewish bookcase, a shelf whose contents will be real, relevant, and challenging to us all. 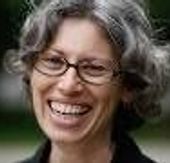 Tamar Biala is working on an English edition of her anthology of midrashim, Dirshuni: Midreshei Nashim. She can be reached at dirshuni@gmail.com. Translated from the Hebrew by Yehudah Mirsky.