For the first time in all my years as an activist, I was arrested last April along with 35 clergy colleagues who defiantly blocked access to the Immigration and Customs Enforcement detention center in downtown Los Angeles. I participated in the demonstration because of my conviction that the restrictive immigration policies of our government violate the principles of the America that welcomed my immigrant parents and wife, and also contradict core teachings of our tradition.

Given that our action coincided with both Holy Week and Passover, the experience had a poignant spiritual quality. The Christian ministers came forward to wash the feet of a group of Hispanic immigrants, one of whom was the wife of a detainee, and we rabbis explained how the seder symbols signified freedom and redemption. Locking arms with Muslims, Sikhs, Buddhists, Christians, and Baha’is, I felt that the moment was holy and that our unified resistance would ultimately overcome the xenophobic currents in  our society.

My return to Jewish activism is marked by a feeling of relief. Since my retirement as director of University of California Los Angeles Hillel, I no longer must look over my shoulder. Although I had never experienced overt censorship, my rabbinic colleagues and I employed a degree of self-imposed censorship that precluded our clearly expressing our opinions on a range of issues, especially criticism of Israel. Not only were we wary of offending our donors but we were aware also that our careers would be jeopardized if we strayed too far from the acceptable narrative. This chazara has given me the opportunity to once again engage in bold and responsible action and to apply the moral imperatives of our tradition to the troubling issues of the day.

However, while reembracing my activist core I am disturbed by a realization that my own Jewish community is no longer unified in its commitment to the liberal and humanitarian principles that have guided me socially and politically during my lifetime. Rather, we are divided over an imagined conflict between our universal and particular obligations that has been fabricated by tribal forces in Jewish life. Throughout my Modern Orthodox yeshiva education, I was taught that we had a sacred duty to live with the creative tension between our humanity and our Jewishness, and, therefore, to try and effect a balance between these two inclinations. But a new mood has been gaining ground that calls for the prioritization of the particular over the universal and that classifies those who promote a universalist position as betrayers of Jewish interests. This split is also manifest in the deepening divide between those Jews who have become privileged, affluent whites who no longer consider themselves bound by the prophetic tradition and those whose Jewish identity is informed by a commandedness to act on behalf of the “stranger, the orphan, and the widow” — the vulnerable, in our midst.

What’s more, a tragedy is unfolding on campuses across the country where students find themselves squeezed in a political vise, suffering a double-dose of discrimination. Whereas students once perceived Hillel to be a non-institutional institution, open to independent ideas and devoid of denominational boundaries, some student activists today feel alienated from experiences at Hillel, finding it a place closed to opinions that deviate from the approved canon of political thought. But when these students attempt to join left-leaning coalitions, they are rejected because of their identification with Jewish interests and public policies that are perceived to be oppressive.

As I observe Jewish activism today, I am disheartened by the thought that if our community persists in narrowing the spectrum of acceptable opinion — especially regarding Israel — we will lose activists to a forum of expression outside organized Jewish life. What was once a Jewish public square rife with robust debate will be sorely diminished. And that may in turn lead to the closing of the Jewish mind and, perhaps, even to the end of Jewish activism. 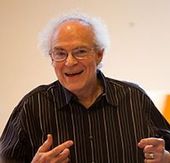 Rabbi Chaim Seidler-Feller is director emeritus of University of California Los Angeles Hillel and the founder of the Hartman Fellowship for Campus Professionals.