If a man has only enough money to purchase either Shabbat candles or Hanukkah candles, which should he buy? According to the talmudic sage Rava, he should purchase the oil to light Shabbat candles because they are essential for “the peace of his house (shalom beito).” (B. Shabbat 23b) Although the Talmud connects this choice to the pain that the entire household would feel spending Shabbat in a darkened home, the commandment to light Shabbat candles comes to be viewed specifically as a “women’s commandment.”

Just as kindling the Shabbat candles becomes a woman’s obligation, so too maintaining “the peace of his house” becomes a woman’s responsibility. This charge, referred to simply as shalom bayit (omitting the possessive grammar of Rava’s original phrase), highlights one of the more troubling aspects of shalom bayit: It is a woman’s charge to maintain household peace at the expense of her own needs, experiences, and perhaps even her own knowledge. Indeed, this concept of woman as peace-maintainer is even more problematic when we combine it with the common talmudic terminology for wife: “house.” Women/wives are imagined both as peace-makers and as inanimate structures, architectural spaces that a man may inhabit.

However, a talmudic anecdote about cooking on a festival day questions these reductions of women to peace-makers and houses. One of the requirements for cooking on a festival day is that particular aspects should be done differently from the methods used on a regular weekday. Tractate Betzah (29b) relates a story about the wives of Rav Yosef and Rav Ashi who were each sifting flour in a manner different from that which they would have used on an ordinary weekday. The wife of Rav Yosef used the back of her sieve, and the wife of Rav Ashi sifted flour onto a table instead of into a bowl. In the first case, Rav Yosef tells his wife that he wants good bread, implying that she does not need to sift the flour in an unusual manner on a festival day. Rav Ashi, however, defends his wife’s practice. She is the daughter of Rami bar Hama, a man known to be meticulous in his actions, and so Rav Ashi simply assumes she is emulating her father’s behavior.

On the one hand, as is common in talmudic narratives, these two women do not have names. Instead, the Talmud identifies them as “the house of Rav Yosef” and  “the house of Rav Ashi.” Not only are these women unnamed but they are conceptualized as the inanimate house. On the other hand, when we read this passage more closely, the story of “wife as house” becomes more complicated. The Talmud depicts these two women as having potentially authoritative knowledge about the correct manner for sifting flour on a festival day. In one case (that of Rav Yosef’s wife), the man criticizes her behavior. In the other (that of Rav Ashi’s wife), the man defends her behavior. While the passage does not say which of these two women is correct, by even mentioning them, the discussion acknowledges that these “houses/wives” can set legal precedent. Note, too, that these women do not ask their husbands about how to sift flour; each woman acts as she deems correct. Further, though Rav Ashi believes that his wife learned her action from watching her father, we do not know if this is actually the case. It is possible that sifting flour onto the table is what Rav Ashi’s wife/house herself understands to be the correct process of sifting flour on a festival day. Indeed, these women know halakhah (rabbinic law), and the Talmud depicts each as acting in accordance with her own knowledge. The wife/house of the rabbi is not only a space to be inhabited by a man but also a place where a woman knows. She is concerned not just with maintaining peace but also with acting on her own authority.

Although I would prefer that we know the names of these two women, I want to reread their designation as “house” beyond its connotations of inanimate space. We can understand the story of these women sifting flour and knowing halakhah as symbolic of a wide range of knowledge that we often ignore. We might understand “wife/house” as representing a woman’s lost knowledge and ask: What might our Jewish community look like if we could remember, recreate, create, and integrate at least some of this missing knowledge into what it means to be Jewish today? 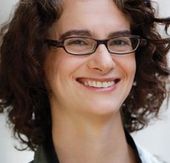 Rabbi Jane Kanarek is an associate professor of rabbinics and an associate dean in the Rabbinical School of Hebrew College.