Myths are like living things: They are born, they serve a purpose, and they die. They provide vehicles of meaning, sources of hope, and ways to make sense of the confusion the world throws at us. When we are inside myths, we swear by them, invest in them, think they precede us and believe they will survive us. Sometimes, we simply discard them; other times, the world makes their continuation impossible. So it is with the myth of “peoplehood” — a term of Jewish collectivity. It was first coined by the founder of the Reconstructionist movement, Rabbi Mordecai Kaplan, along with Reform Rabbi Stephen Wise, a Zionist activist, as an alternative to Jewish nationhood — which was problematic for American Jews because it raised the specter of dual allegiance.

It would not be the first time the Jewish people discarded a myth. Throughout the “ever-dying” history of the Jewish people — philosopher Simon Rawidowicz’s term (Israel, The Ever-Dying People) — Jews have held onto and also abandoned many myths of collective consciousness. Perhaps the last big myth to fall out of favor was the notion of divine election or chosenness — that God chose the Jewish people from among all the nations.

While the myth of Jewish peoplehood still resonates with some, in my view it is broken and in the last vestiges of its usefulness. This is a strange myth, in part, because, as scholar Noam Pianko has shown us in his new book, Jewish Peoplehood: An American Innovation, the very term only emerges in early 20th-century America. Pianko demonstrates how “Jewish peoplehood” was used to identify an American Jewish diaspora that was both loyal to its country of residence and faithful to the Jewish nationalism that brought about the State of Israel.

Does the concept of Jewish peoplehood still function in any coherent way, given the changing reality of 21st-century America? Let’s look at what happened with the concept of “chosenness”: According to the Israeli philosopher Yeshayahu Leibowitz, the Jews are a “chosen people” because, “We are chosen to be a people responsible for mitzvot [and] we accepted the task…[for] many generations.” Once that “ceased in the mid-nineteenth century,” once the glue of the myth — that is, adherence to mitzvot — ceased, the term “chosenness” ceased to have any intrinsic meaning. Leibowitz is essentially saying that chosenness ceased to exist in the nineteenth century because the commitment to living according to the mitzvot, living according to Jewish law and the commandments, was rejected by the vast majority of contemporary Jews.

Perhaps the myth of peoplehood will share the same fate. Once the conditions that brought the term “peoplehood” into usage no longer apply (Jews in America don’t need to feel aligned with Israeli Jews to feel “Jewish”; neither do they feel threatened with dual allegiance), the oxygen will evaporate from the myth and the term will become largely empty of meaning. Emancipation undermined the political foundation of peoplehood. Jewish nationalism emerged in its place.

But Jewish nationalism — which includes American Zionists, pro-Israelists, and others who feel part of a Jewish “nation,” even though they do not live in Israel — is not peoplehood. And it is precisely when the rupture of peoplehood occurred, in 20th-century America, that Kaplan and Wise came up with the term. The myth of Jewish peoplehood enabled Jews who abandoned religion and chose not to immigrate to Israel to make sense of their identity as part of a larger collective without bumping up against national affiliation or dual allegiance.

Today, however, the relationship of American Jews to Jewish nationalism and American nationalism is more complicated. Instead of holding onto a myth created almost a century ago to meet specific social and religious needs, we need to rethink the nature of Jewish collectivity in light of changing circumstances.

The framework of Jewish collective identity — the myth of “peoplehood” — should be restructured to acknowledge the freedoms that America offers Jews and also the increasingly multiethnic makeup of American Judaism. Our “peoplehood” now includes non-Jews — the spouses and children of Jews — who are not converting but who join various Jewish collective bodies as non-Jews. We should welcome these fellow travelers who find their spiritual homes in our communities.

It may be nostalgia that compels us to keep myths alive long after they become obsolete. That nostalgia is often fueled by a belief that particular myths will remain vital because they have always existed, rather than acknowledging that, since they were created, they will naturally die. 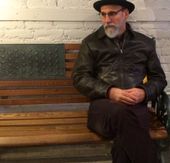