Menu
HomeWe’re All in the Same Boat Now

An African American organizer in the Northwest, Eric K. Ward, has written one of the most important — and widely read — articles about antisemitism in the age of Trump. Published a few months after Trump’s inauguration, “Skin in the Game: How Antisemitism Animates White Nationalism” asserts and defends the following: “Within social and economic justice movements committed to equality, we have not yet collectively come to terms with the centrality of antisemitism to White nationalist ideology, and until we do we will fail to understand this virulent form of racism rapidly growing in the U.S. today.” (The Public Eye, Summer 2017)

A little more than a year later, 11 Jews were killed in Pittsburgh’s Tree of Life synagogue by a white supremacist, angry at its support for the work that the Hebrew Immigrant Aid Society (HIAS) does with refugees.

In the decades following World War II, American Jews worried about the John Birch Society, Joe McCarthy, and the Klan. Since the late 1960s, we have worried about Muslims, Arabs, and Black Nationalists.

I was born in 1974; during my lifetime, white Christian antisemitism has not been an animating concern in American Jewish life. Although most Jews never trusted the so-called Christian Right, the energy, orchestrated by increasingly conservative Jewish defense organizations, has long focused elsewhere: on Louis Farrakhan,

President Trump changed this. Since he announced his candidacy, he has encouraged people to hate by denigrating Mexicans, Muslims, immigrants, the press, and more. He has applauded acts of violence (“knock the crap out of them!”). He stokes conspiracy theories about the “deep state” and illegal voters, creating an environment in which the public is more likely to see Jews behind every misfortune. Referring to Jews like George Soros with code words and dog whistles, he accuses us of possessing too much power (“paid for by Soros” Trump tweeted about the Brett Kavanaugh protests), a fundamentally antisemitic trope. In his delegitimization of the media (‘fake news!”) and other institutional pillars of our democracy (“Obama judges!”), he undermines the safeguards that serve to protect minorities, including Jews. White nationalists, like those assembled at the 2017 Unite the Right rally in Charlottesville, admire Trump, and he likes them right back. “Jews will not replace us!” they chant. There were “very fine people on both sides” he said. “Which ones?” we wonder.

Both Trump’s overt support of bigotry and bigots such as Stephen Bannon and Sebastian Gorka, and the shooting at the Tree of Life, which was inspired by its support for immigrants, have American Jews increasingly terrified. Last year, an ADL poll showed an increased concern among both Jews and other Americans about violence directed at Jews. Even the left, which assumed economic achievement shielded Jews from bigotry, is viewing antisemitism differently. When Ward put out a call to left-wing groups to take a stand against antisemitism following the synagogue shooting, the response from Muslim, Black, and Latinx groups was overwhelming.

Even while the left has become increasingly sensitive to antisemitism, many right-wing Jews, including writers at The Jewish Press and Israeli Prime Minister Benjamin Netanyahu, continue to support Trump and his hate-filled speech. To do this, they play up his Jewish bona fides (Ivanka’s family, his support for Netanyahu’s administration) and play down Soros’s Jewish bona fides. If Soros isn’t a proud Zionist Jew, they seem to say, then how are attacks on him antisemitic?

Trump has radically shifted the “normal discourse” on a wide range of issues and behaviors, including antisemitism and other forms of bigotry. The new normal for American Jews is to witness or experience antisemitism and see it tolerated or even sanctioned by the most powerful people in the U.S. We’re right to be worried. If we’re going to feel secure during the Trump era, it will be due in part to the willingness of Jews and marginalized communities — most of whom are themselves under vicious attack from the White House — to embrace Rev. Martin Luther King Jr.’s call to solidarity: “We may have all come on different ships, but we’re in the same boat now.” 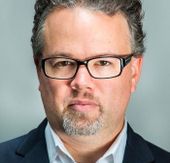