Menu
HomeTisha B’Av at the Kotel

[Author’s Note:In the almost 20 years since Sh’ma first published my observations about the lack of Jewish pluralism in Israel, life for non-Orthodox Jews in Israel has become more problematic. Not only does the Kotel remain monolithic under the hegemony of the ultra-Orthodox, but in July of this year the Israeli government ruled in equal measure about the Jewish state’s public ritual baths, or mikva-ot.]

In 1977, I was a know-nothing Jew. I knew nothing but I sought much. I was 20 and had what the Germans call weltschmirz. The world felt empty. Search as I may, meaning was nowhere to be found. Desperate, I enrolled in a year of study in Israel.

I arrived in July, ready to have my life changed. After a couple of weeks of getting adjusted, it happened. I had a “religious experience.” In the pale moonlight, hundreds of people, many clad in black, are seated on the ground beneath the tower of enormous stones in the ancient Temple mount. Dirges float in the air. It is Tisha b’Av at the Kotel, site of the greatest calamity, after the Holocaust, ever to befall the Jewish people.

Standing there, I am approached by the famous yeshiva recruiter, Meir Shuster. How many contacts he must have made over the years at the Kotel on Tish b’Av. What a perfect time and place to be tapped.

It worked for me. Next day, I phoned the number given to me by the maven of outreach and by Shabbos I was davening and dining with an Orthodox family. By Rosh Hashanah, I could be found each afternoon at a ba’al teshuvah (Jews new to observance) yeshiva, where I soon discovered I had much in common with many of my fellow _bokher_s (yeshiva students), who shared my feeble Jewish background as well as my motives for coming to Israel. What’s more, like me, a few had come to Israel to take part in the Hebrew University’s One Year Program—only they had dropped out to immerse themselves in the world of the yeshiva instead.

I myself wasn’t prepared to drop out of college, so I attended the yeshiva after classes at the university. Although I never became a true yeshiva bokher, the experience evoked in me an unquenchable thirst for Torah, and I have spent the past 20 years drinking from the mayim hayim, the living waters of Torah.

Then, came the events of Tisha b’Av 5757 (1997). Twenty years before, I was inspired by my experience at the Kotel. Today I am frightened. I fear that, like our ancestors, we will bring about our ruin through internal disputes. That hundreds of Conservative Jews attempting to daven at the Kotel would receive shabby treatment at the hands of fanatical ultra-Orthodox comes as no surprise. That they would be evicted by the Israeli police acting under orders from Israeli government authorities is, as they say, a horse of a different color. We have taken a wrong turn and have crossed into dangerous territory.

The Kotel has always been a symbol of Jewish unity. Yet, among those who were prevented from worshipping there was Yehoshua Lior, president of the Masorti (Israel’s Conservative) Movement. After being evicted, Lior spoke about his part in liberating the Kotel during the Six-Day War. “We soldiers liberated the Kotel for the entire Jewish people,” he said. “Not so that one day there would be a rule: Orthodox only.”

The vast majority of Diaspora Jewry is not Orthodox. How will these Jews react when they travel to Israel and find they are banned from praying, as a congregation, at our religion’s holiest site? Religious fanaticism is on the fast track among Israeli Jews, especially in Jerusalem. A single demographic trend foretells the future. With a birthrate of about 10 children per couple, in a few generations, the already populous ultra-Orthodox will overwhelm Jerusalem.

What does this portend for religious freedom, assuming their attitude remains unchanged and their political clout unabated? This Land is whose land? For these reasons, the Kotel ban dwarfs the question: Who is a Jew? The longer the ban is in place, the more liberal-minded Jews will question whether a society that discounts their type of Jewishness deserves their support; the more they will prefer the Diaspora’s freedom of religious belief and practice; the more difficult they will find it to identify with Israel as their home.

Never mind the impact of religious suppression on aliyah. Of even greater concern is its impact on the historically high level of support-financial, political, and moral- Israel always has received from Diaspora Jewry. The horns of this dilemma are razor sharp. Placating the fundamentalists erodes the bond between Israel and the Diaspora, and deepens the polarization between the Orthodox and non-Orthodox in Israel. Resisting their demands, on the other hand, risks igniting sectarian anger at least as intense as that which took the life of Yitzhak Rabin.

Jewish unity is not an empty slogan. It is our most potent weapon against those who wish to eliminate us. For this reason our Sages attributed the demise of the

Second Commonwealth to sinat chinam, baseless internal hatred. The Romans may have destroyed the Temple, but we destroyed ourselves.

This year, we added another calamity to the litany of woe that befell us on Tisha b’Av. It was then, in the year 5757, that Israel banned all but one kind of Jewish prayer at the Kotel. 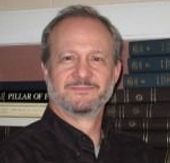 Rabbi Scott White is spiritual leader of Congregation Ohev Sholom, in his hometown of Kansas City. A passionate Zionist, he frequently teaches courses about Israel and the Mideast, and regularly escorts “missions” to the Jewish state. He was ordained by the Jewish Theological Seminary in 1986.