Menu
HomeLeveraging Love: Absorbing what we hear and clearing away the muck

Rabbi Shraga Simmons, educator and cofounder of the outreach sites aish.com and JewishPathways.com, poetically describes tochecha (rebuke) as “…the beauty of reality staring us squarely in the face.” Like a mysterious mirror, a rebuke reveals how we negotiate our delusions and their proximity to the ever-unfolding truth. Meant to be a gift that inspires transformation, tochecha, when received well, demonstrates that our yearning for spiritual evolution is stronger than our fear of change. A tochecha asks us to listen so that we may fully absorb what we hear and then get busy clearing away the muck.

Literally, tochecha is a reproof or a rebuke, a spoken frankness that reveals a fixable flaw. The purpose of giving a tochecha is to point out an important truth that someone just seems to keep missing. It is one of halakhah’s most obviously spiritual practices, not to be dished out carelessly or in anger, but with genuine concern for another human being.

My friend Yael Goldblatt, z”l, was a master of the art. She would say, “Darling,” followed by a pitch-perfect observation of some misstep or impoverished sentiment — without too much cushion or too much edge. And then she would seamlessly shift gears to another topic. No matter how deeply her observation cut, I felt seen, accepted, supported, and encouraged to become my best self. It was as if she had helped me to pull out a stubborn splinter that I, alone, couldn’t quite reach.

Rabbi Moshe Leib of Sassov offers a story about two shtetl guys who get drunk one night and wake up the next morning hung over and behind bars. Shmuel says, “Oy, Dovid, this is a shanda, a humiliation! Do you still love me?” “Shmuel, of course I love you.” “Then, Dovid, you must tell me what I lack.” “Shmuel, how can I know what you lack?” “Oy, Dovid, if you don’t know what I lack, how can you love me?” This nadir moment isn’t lost on these two. Rather, they seize the opportunity of being broken open by embarrassment to face their weaknesses, leveraging love to move the stone blocking their growth.

The mitzvah of tochecha derives from the verse, “Do not hate your brother in your heart; you are to persistently reprove (hochei’ach tochi’ach) your fellow, but not create wrongdoing upon him.” (Leviticus 19:17)

According to Rabbi Adin Steinsaltz, the foremost living Talmud authority, the sages established three conditions by which one performs this positive mitzvah: to avoid publically shaming the wrongdoer, to reprimand only someone who will accept the tochecha, and to avoid voicing the reprimand if the person has expressed an unwillingness to be confronted. (Reference Guide to the Talmud, 447)

But the sages also teach: “Everyone who can protest a wrong in one’s midst and does not, is responsible for those people.” (Shabbat 54b) We are admonished to know each other well enough to recognize when our reproof will be best received, and we are also liable for wrongdoing in our midst if we don’t speak up.

Fundamentally, tochecha is a mitzvah of connection — a cornerstone of healthy relationships and strong community. If we can trust our neighbors to tell us the truth lovingly, and if we can hear a reprimand with calm consideration, then our path to one of Judaism’s most sought after spiritual destinations, _shalom/_wholeness, is well paved.

Additionally, there are two sections of the Torah referred to as “the tochecha“(Leviticus 26 and Deuteronomy 28:15-68). They contain clear warnings about the horrors of straying from the path of mitzvot — harsh curses such as cannibalism, infanticide, and hemorrhoids. Amid these very disturbing readings is, surprisingly, one verse that takes a hairpin turn: All this horror will befall you “because you did not serve the Source with gladness and goodness of heart when every- thing was abundant.” (Deuteronomy 28:47)

This unusual verse inserts a tenderness that renders these warnings a rebuke and not just a harangue. It is not the curses that keep us in line, but rather the painful and beautiful exchange that coaxes us to become more whole, blessed, and glad. 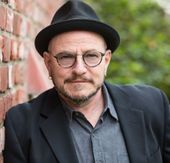 Jhos Singer is the Maggid for the Jewish Community Center of San Francisco and Chochmat HaLev, a Center for Jewish Spirituality in Berkeley, Calif. His teaching can be found in the anthologies Balancing on the Mechitza and Torah Queeries, and at elitalks.org. 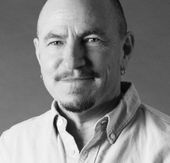 Jhos Singer is the maggid (teacher and community leader) for the Jewish Community Center of San Francisco and for Chochmat HaLev, a Center for Jewish Spirituality in Berkeley, Calif.