Menu
HomeThe Dangers of Anonymity on the Internet

The Internet’s capacity to offer its users at least a modicum of anonymity (or pseudonymity) is, theoretically, one of its greatest strengths. Without it, dissident, marginalized, and otherwise ignored populations could not make their voices heard. Think of the LGBTQ activist in Russia or the Sudan, or the woman fighting for girls’ education in Afghanistan, or an undocumented immigrant mother highlighting the risks she takes to make a better life for her son: Shields of anonymity online protect these voices, creating more and better contributions to the marketplace of ideas.

But at the same time, anonymity online empowers the worst among us. Anonymity allows Gamergate, the loose collection of gamers on Twitter, to threaten the lives of women technologists. It allows a mob to harass “Saturday Night Live” cast member Leslie Jones. It permits a group of misogynists to threaten the life of the 4-year-old daughter of a feminist writer. And it gives license to antisemitic mobs to attack New York Times editor Jonathan Weisman, forcing him off the platform.

Things we would never say to someone’s face are more easily said when all you have to do is type, and then hit “send.” As such, online anonymity erodes important norms of social interaction. It does this in at least three related ways. First, it reduces the risk of consequences. Although it may not protect the Internet’s criminals absolutely, most victims of online harassment do not have the time, tools, and resources to unmask their attackers. And many of them are attacked on platforms that protect harassers’ anonymity in the name of free speech.

Second, anonymous online platforms dehumanize victims. In the physical world, we interact with whole persons, richly constituted embodied beings with faces and emotions, the ability to express pain, and entire networks of friends and families. When interacting anonymously online, we interact with avatars, symbols, or screen names. This makes people online seem disembodied; they are “accounts” rather than whole persons.

Third, anonymity erases context. Online, we cannot hear tones of voice. Nor can we see smiles, winks, and signals that change the meanings of words. Anonymous interaction is even less contextual: It removes all background information about an interaction partner that could translate into social trust.

Ironically, then, online anonymity helps to silence the very speech it was supposed to protect. Because most victims of anonymous online attacks are from marginalized populations, protecting user anonymity opens them up to relentless attack, silencing them in the process. Some victims, like the feminist writer Jessica Valenti, have been forced to leave social media. Others, like video game developers Brianna Wu and Zoe Quinn — victims of the misogynistic Gamergate harassers — have had to move to another physical address to escape their attackers. And, in a world where racist, sexist, and homophobic attacks have come to the center of our public discourse, anonymity online does little more than open the floodgates of hate.

Internet users sometimes need the capacity to hide; dissident and marginalized voices need to protect themselves from governments and social surveillance. But that anonymity cannot be an absolute right. Federal and state laws can try to balance anonymity’s costs and benefits with narrowly tailored anti-harassment statutes.

Online interactions that personally attack, shame, or target another individual for who they are, whom they love, and what they believe should never be done anonymously. We can help to ensure a safer online environment by developing norms of social interaction, by setting examples for others, and by standing up to harassment when we see it. Only then, when powerful norms of reciprocity and kindness hold back our worst aggressive tendencies, can online anonymity truly help to foster a diverse Internet community. 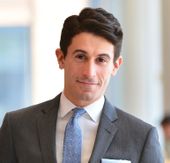 Ari Ezra Waldman is an associate professor of law at the New York Law School. He is an internationally recognized scholar of privacy, online interaction, and cyber-harassment. He is the director of the Innovation Center for Law and Technology and the founder and director of the Tyler Clementi Institute for CyberSafety, which includes the first and only law school clinic providing free lawyers to victims of cyber-harassment. You can follow him on Twitter @ariezrawaldman and visit his website at ariewaldman.com.