How do you give tochecha to someone you disdain, someone for whom you have no respect, someone you believe will never acknowledge it — and likely never change? Is such a thing possible, or even advisable? These were the questions I wrestled with three years ago, as I considered publicly rebuking Marc “Mordecai” Gafni. I leaned on the Talmud’s teaching that we should rebuke someone, even 100 times, but not say something if it would fall on “deaf” ears. (Baba Metzia, 31a)

In 2003, after a decade-long spiritual exile quenching my spiritual thirst on yoga, Zen Buddhism, philosophy, and a good helping of late-night New York City life, I met Gafni. I was a student at a prominent yeshiva in New York, struggling to find my way back after years of distancing myself from Judaism. I stood paralyzed by fear and anger toward the Judaism I thought I knew, on the one hand, and by love and longing, on the other.

Gafni was a charismatic and magnetic teacher; he was a rabbi drawn to the Hasidic masters and Eastern philosophy, as I was. But as I was drawn into his world, I came to believe that he could lie and live with absolute hypocrisy. I felt very used and abused by him. I didn’t stay long — only two years. After I left his circle, I learned that allegations had been leveled that he had sexually exploited a high school freshman. Later, his community in Israel, Bayit Chadash, imploded after other accusations about sexual misconduct surfaced. I personally witnessed many episodes of his flirting, caressing, and sexual innuendo directed at his students and colleagues.

I cautioned people about Gafni, but always privately. As stories began to emerge, I decided to stay away from the drama of public reproach; mostly, I was afraid to re-enter his world. When Gafni heard that I had privately cautioned some communal leaders to limit his access to students, he yelled at me, saying I had “ruined” his image and he would do the same to me. I became afraid.

Eventually, elements of his behavior were exposed. In 2006 the Jewish Week reported that Gafni admitted he was “sick” and needed treatment. The Jewish communal world, where he had operated for more than a decade, stopped inviting him to teach and write.

Over the decade since I left his circle, Gafni has rebuilt his name, his profile, and his “brand,” positioning himself as a great teacher of evolutionary wisdom. Various teachers — such as Ken Wilber, author of A Brief History of Everything — who had publicly rebuked Gafni and had warned others to stay away from him, reinstated their support, lending Gafni credibility and offering platforms for his teachings.

In October 2015, my own conscience finally moved me to publicly rebuke both Gafni and his supporters. I organized a public petition on change.org that asked all financial and institutional support be withdrawn from him. I believed that unless I spoke out, Gafni’s behavior would continue.

Though some people whispered, few shouted their support. Even though I believed that Gafni would not “hear” my rebuke — that he would not accept or absorb any rebuke — I decided not to remain silent. After speaking out, I felt empowered to return to how I most often encounter the world, with a fearless, truth-speaking sensibility. Irrespective of whether Gafni and his supporters heard me, rebuke felt redemptive.

Gafni has denied the many accusations of sexual impropriety, claiming they are exaggerated, or in some cases, false, which is why I believe that he could never receive any form of rebuke in a meaningful way. From a spiritual standpoint, I’ve wrestled with this question: Why even bother with a case like this?

But I will continue to rebuke Gafni, even 100 times. Simply speaking up for women who have felt hurt is revitalizing and liberating. And I believe my rebuke and testimony gave victims of Gafni’s abuse opportunities to speak their truth. I thank God that I finally found the strength to rebuke him courageously, compassionately, and consistently… even 100 times. 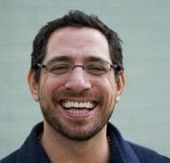 Rabbi David A. Ingber is the founder of Romemu in New York, the largest Jewish Renewal synagogue in the world. Trained in Orthodox yeshivot, Ingber received private ordination from Rabbi Zalman Schachter-Shalomi after years of studying yoga and various schools of meditation. He lives with his wife, Ariel, and their three boys, Baer, Tal, and Or.