The term that began in January 2017 has been one long political whirlwind. Part of the way Trump creates chaos is by reversing apparently solid decisions, thereby routinely upending expectations and leaving both allies and adversaries with a sense that the ground is in constant danger of shifting beneath their feet. Here are a few examples: In August, he announced that he wanted to buy Greenland from Denmark, even though Denmark doesn’t actually have the authority to sell it. When it became clear that his idea wouldn’t pass muster, he reversed an earlier decision to go to Denmark to meet with the Prime Minister, further eroding U.S. relations with other NATO members. After deriding North Korean leader Kim Jong-un as “rocketman” and generating real concern of a nuclear confrontation, Trump abruptly climbed down from the brink, lauding Jong-un and planning a summit. Chaos ensues from his habit of treating autocratic rulers with kid gloves while releasing tirades on our allies.

Trump understands how chaos can bring him success. The nature of the modern news media — since the 1980s — creates an ecosystem that pumps out 24-hour, instantaneous, polemical and partisan, and attention-grabbing stories. A central element of modern presidential politics is to control that media agenda — to dominate pundits’ comments, reporters’ story choices, and editorial headlines while shaping the issues discussed at the kitchen table. Unlike routine politics, chaos offers the kind of head-turning story that keeps the narrative fresh and alive. Just like fictional television, Americans are much more likely to tune in if what they see is truly unexpected.

Chaos also destabilizes the president’s political opponents. Washington veterans no longer count on certain predictable presidential norms — such as refraining from politicizing law enforcement, the FBI, and American holiday celebrations (for example, this past Fourth of July parade). Elected officials have assumed that fellow politicians will eventually pull back from certain kinds of rhetoric or that they will inevitably enter into agreements when there is no option left on the table. President Ronald Reagan, for example, who turned up the voltage with the Soviet Union in the early 1980s by calling it “evil,” eventually entered into a historic arms agreement in 1987 that helped ramp down the Cold War. We saw this principle tested in 2011 with Tea Party Republicans who threatened to send the nation into financial default by refusing to raisethe federal debt ceiling unless President Obama agreed to lower levels of spending.While Democrats are often left to respond in the media to the latest outrage rather than talk about salient issues, the Democratic sweep of the House in 2018 was a result, in part, to candidates sticking to important issues such as health care.

The chaos allows Trump to manipulate his messaging, as has been the case with his position toward the American Jewish community, sowing constant confusion and pitting different segments of the community against one another. Trump has taken every opportunity possible to emphasize his strong support for the current Israeli government under Prime Minister Netanyahu, conflating support for Israeli policies with support for American Jews. He has also made foils out of Congresswomen Illan Omar and Rashida Tlaib when they were accused of using antisemitic tropes during discussions and tweets about U.S.-Israeli policies.

While positioning himself as a “defender” of Israel, Trump traffics in antisemitic images and rhetoric. Most recently, he said that Jews who voted for Democrats were ignorant and “disloyal” — explicitly using one of the oldest forms of antisemitic vitriol from his bully pulpit. When asked about the comments, he doubled down, “In my opinion, you vote for a Democrat, you’re being very disloyal to Jewish people and very disloyal to Israel.”

Chaos is also a way to avoid accountability. The president runs his shop in a way that makes it difficult for Congress or the courts to achieve substantive control and oversight. For example, his reliance on temporary cabinet appointments — he has had three secretaries of defense, two of them acting secretaries — reduces the Senate’s power to question and confirm potential appointees. His chief of staff, Mike Mulvaney, has been in an “acting” position since January. Kevin McAleenan has been the acting secretary of Homeland Security since April 2019, even though this position is at the center of the administration’s controversial border policies.

The president’s confidence that he can be as chaotic as he wants without consequence rests on the reality of the intense partisan polarization that grips our political institutions. Over the past four decades, as Kevin Kruse and I wrote about in Fault Lines, we have seen the creation of a political world where party loyalty is elevated above almost anything else. Politicians and voters, more dramatically in the Republican Party than among Democrats, will not seriously deviate from the party line. Political scientists such as Thomas Mann and Norman Ornstein have called this process “asymmetrical polarization.” President Trump has learned that his base as well as the Republican Party will support — almost always — whatever moves he makes.

Of course, in addition to the chaos, there are certain issues in which the president acts with relative consistency. With hardline immigration policies or conservative judicial appointments, Trump is generally predictable. He has stuck to the script that he established in the 2016 campaign and rarely diverts from the party line. He has pushed his agenda despite all the opposition and acted with a ruthless determination to roll back government in certain sectors of the economy, such as environmental regulation. In these cases, the chaos often takes public attention away from the very real policy changes taking place, making it more difficult to sustain political opposition to his decisions.

Thus far, the bet has paid off, at least within the Republican Party. While the president has struggled with his national approval ratings and triggered intense pockets of political opposition, his strength among Republicans has held firm — despite a few moments such as the backlash against imposing tariffs on Mexico.

The 2020 election will be the biggest test for how chaos works in presidential politics. Should President Trump win a second term, the outcome would legitimate chaos as a style of political leadership. His presidency would then become a model that future leaders might replicate, even if in a more refined way, because the nation would have given him its stamp of approval.

Of course, a decisive defeat would be the most powerful evidence that too much chaos is not acceptable. 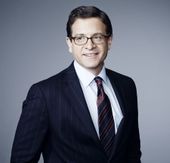 Julian E. Zelizer is the Malcolm Stevenson Forbes, Class of 1941 Professor of History and Public Affairs at Princeton University, where he is cohost of the podcast Politics and Polls. His most recent book, Burning Down the House: Newt Gingrich, The Fall of a Speaker, _and the Rise of the New Republican Part_y, will be published in April. A CNN Political Analyst and regular contributor to NPR, he can be followed at @julianzelizer.