Why should we care about what existed before the world was created? The near-beginning of the Torah — “The earth was tohu vavohu and there was darkness on the face of the abyss” (Genesis 1:2) — occupies a fascinating place between the introductory verse of the Torah and the orderly description of Creation beginning in 1:3. As such, across history, this verse has invited varying and conflicting interpretations about what might have existed in the cosmos before Creation, raising rich questions about the world, God, and ourselves.

One set of commentaries, from the very early Targum Onkelos (1st century CE) to the medieval Radak (Rabbi David Kimchi, 12th-13th century, France) and many others, emphasizes the meaning of tohu vavohu as two different but related descriptions of emptiness and void, particularly emphasized to highlight the extraordinary act of Creation. God truly created something from nothing, yesh me’ayin. Only when we picture the expanse of desolation that birthed the bursting world of Creation can we truly comprehend God’s incomparable power. Other schools of interpretation follow this general emphasis on God’s power, interpreting tohu and vohu as representing form and substance, or inchoate matter and early forms, or other such steps in or aspects of the miraculous Creation process.

But once Creation occurs, what becomes of nothingness? Is it gone forever? The Kli Yakar (Rabbi Ephraim Shlomo Luntschitz, 16th–17th century, East Central Europe), an early modern commentator, responds to this question by citing a verse in Jeremiah describing the destruction of the Temple: “I beheld the Earth, and it was tohu vavohu — emptiness and void” (4:23). According to the Kli Yakar, utter desolation always lurks on the other side of creation, ready to surface if the ways of the wicked triumph.

This second approach introduces the notion that absolute and utter nothingness and the richly created Earth are not sequential, irreversible steps in creation and global history. Rather, these polar opposites are two ever-present alternatives for our universe. In a striking sense, alongside highlighting God’s power, this interpretation brings us face to face with our own power. Our choices at any moment can determine whether the world will remain in its created form or return to a state of utter void.

From between these grand sweeping interpretations — the emphasis on God’s majestic creation of everything from nothing, and the focus on human responsibility to prevent the world from slipping back to desolation — peeks out a third approach, largely midrashic and echoed in medieval commentaries like the Chizkuni (Rabbi Hezekiah ben Manoah, 13th century, France). Chizkuni, among his interpretations, quotes a talmudic passage (Hagigah 12a) that suggests that tohu and vohu are things. They are neither an absence of matter nor a threat of destruction. They are themselves, creations, items that accompany us in the world and our lives today. These two almost supernatural objects are the items described in a verse in Isaiah that uses these two terms, “the line of tohu and stones of vohu” (34:11). The Talmud explains that tohu is “a green line that encompasses the entire world, from which darkness emerges,” and vohu describes “damp stones submerged in the depths, from which water emerges.” These interpretations allow us to imagine the world almost newly created every day through the presence of objects that generate some of our most basic resources at all times. In suggesting that the sources of water and darkness were created before the world, and presumably remain, this interpretation allows us to appreciate some sense of the renewal of creation and the presence of echoes of it in our everyday lives. Tohu vavohu, here, stands for the continual manifestation of a mini-creation in our world.

Rashi (Rabbi Shlomo Yitzhaki, 11th century, France) interprets this verse in perhaps the most surprising way. Also quoting a midrash, he links tohu to the root toheh, which means to display amazement. Rashi suggests that the biblical word tohu here describes the amazed response of the (theoretical) person beholding the vast emptiness of the not-yet-created world.

Reading these interpretations, I imagine bringing the last two together. Using the Chizkuni’s presentation that tohu and vohu are things, and incorporating the midrash Rashi quotes — that tohu is linked to wonder — we may understand tohu as the creation of amazement and wonder. This interpretation adds another dimension to the world of Genesis 1:2 — that what preceded or began the world is precisely the tool we need to appreciate it: awe, amazement, and wondrous curiosity. In other words, the emphasis of the moments before creation are not only divine power, human control over the world today, and the continual re-creation of the world, but the simplest movement of first sitting in awe of the sheer amazement of the natural world, what we see and what we can’t even see.

Through the lens of its interpreters, Genesis 1:2 emerges as a mirror for what we might want the beginning of the Creation to be about: God’s power, the weight of human choices, the existence of other-worldly physical and emotional states that live with us from the first moments of the world until today. While creation is all of these, where do we place the weight? We may even ask whether this sets a template for our spiritual lives: God-focused, human-focused, or creating space for the interplay of our relationship with God and with the world itself. These questions inform how we pray, how we prioritize our values, how we see ourselves, and how we live. 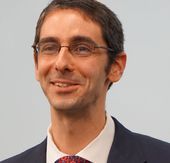 Steven Exler is senior rabbi of the Hebrew Institute of Riverdale – The Bayit, an Open/ Modern Orthodox synagogue in the Bronx. He received smikhah from Yeshivat Chovevei Torah Rabbinical School, where he was a Wexner Graduate Fellow. He sits on the rabbinic advisory boards of Eshel, Yeshivat Chovevei Torah (chairperson), and Yeshivat Maharat.