Menu
HomeSpeaking, and Being Heard

When the invitation came to reflect on how I, as a congregational rabbi, approach the idea of “speaking truth to power,” I began to search for the roots of this phrase. I was pleasantly surprised to find that it originally emerged in a pacifist context. First attributed to the civil rights and economic justice activist Bayard Rustin in 1942, it made its way into the title of a seminal Quaker document published in 1955: Speak Truth to Power: A Quaker Search for an Alternative to Violence. The “truth” referred to is a commitment to pacifism in dealing with international affairs (specifically, the Cold War with the Soviet Union), and to a complete rejection of violence as a means to any end, grounded in Christian principles of love. The “power” of the title includes politicians and other leaders who wield social and political power, the American populace who ultimately judge the political leaders, and the notion of “power” itself. And “speaking” apparently refers not just to the act of professing certain beliefs, but also to the imperative of living those beliefs, in an effort to transform societal understandings of war and peace.

Today, the phrase “speak truth to power” often suggests “speaking up” — having the courage to speak out against perceived injustice, with the target being those in power who are deemed responsible for the injustice. Sometimes, it means giving voice to those who have been marginalized and silenced. Sometimes, it suggests articulating a view that clashes with the majority opinion about “how things are.” In the era of the Trump administration and a media landscape in which even the most basic facts are contested, the very notion of “speaking truth” has taken on new and urgent meaning.

As a congregational rabbi, I am most often speaking to my congregants — not to distant politicians or corporate heads. Often, the “truths” I offer are not facts, but frames, ways of understanding or interpreting experience in order to arrive at deeper truths. And as for “power” — what is my power, in particular, the power of my speech? In Jewish tradition, words have the power to create and to destroy. What kind of power might my words yield, and to what purpose?

Pounding the pulpit to speak a “truth” to an audience sitting in the pews in front of me, many of whom already agree with me, is not the best use of my words. The sources of political and economic power are distant and, in those moments, I’m seeking a transformation in the minds and hearts of those in my community. Then, I find it helpful to think of myself as my primary audience. What do I need to hear? Where are my own blind spots, misconceptions, failures of heart and mind? When do I need a challenge, and when some encouragement?

This does not mean that I avoid political topics or issues that are potentially contentious. Rather, I try to address such issues in a way that opens up new avenues of thinking and new possibilities for transformation. I attempt to do this in a way similar to the way the authors of Speak Truth to Power attempted to articulate an often-misunderstood perspective on the power of love and nonviolence in order to effect worldwide change. To do this, my audience needs to be able to hear my words. This is a central challenge of “speaking truth to power”: If I am “speaking,” but no one is taking in what I am saying, then what am I accomplishing with my speech (beyond making myself feel better)? And if I am only saying things that my listeners already agree with, then what is the point of my talking at all?

I know that in my own journey of transformation, my teachers have been those who speak from their hearts to mine. Even when they are saying things that challenge me, they are at the same time inviting me in, daring me to open my heart in new ways, and promising me that once we embark on the work of justice and love together, my own liberation is at hand.

Ultimately, I believe that “speaking truth” not only challenges power, but also harnesses it for the good. It is a multi-vocal speaking; a conversation more than a monologue. It is a speaking in which we courageously hear and challenge one another. Then, we are open to rethinking and reimagining what is possible. 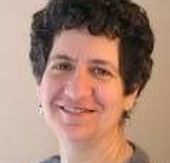 Toba Spitzer is the senior rabbi of Congregation Dorshei Tzedek in West Newton, Mass. She currently serves as president of the Massachusetts Board of Rabbis and as treasurer of T’ruah: The Rabbinic Call for Human Rights.