All photographs are lies. That doesn’t necessarily make them untrue.

When Nicéphore Niépce, Louis Daguerre, and Henry Fox Talbot independently discovered how to “fix” the projected image of a camera obscura onto light-sensitive materials in the early 1800s, and George Eastman democratized the tools by which we capture and consume images later that century by inventing film and the Kodak camera line, they forever changed how we see, think, and relate to the world.

We think in terms of imagery. When we recall memories, it is as if we are “shuffling” through a stack of photographs. Photography’s unique ability — and that of its progeny, the moving picture and video — to most closely resemble whatever it represents, has rendered it the de facto practice for documenting and presenting “truth.” “In photography,” French philosopher, Roland Barthes, once wrote, “I can never deny that the thing has been there.”

The influence and power we have given these mechanical reproductions of reality to bear witness is unparalleled. Photographic evidence has led to convictions in court, spurred us to war (former Secretary of State Colin Powell presented photographs of purported weapons of mass destruction in support of a declaration of war on Iraq), and exposed facets of human nature we would rather not admit — such as the video documenting the brutal police handling of Eric Garner.

And yet, every photograph is both a reflection and a distortion of some truth. This is for the simple reason that photographs are made — something image-makers understood long before Thomas and John Knoll turned their creation, Photoshop, into a verb. Photographs always serve a function and support a particular truth. Ironically, for photography to be considered art, photographers had to first disprove the widely held belief that the mechanical nature of photography left it purely objective and impervious to human manipulation. Only toward the early 1900s did photography become accepted as a legitimate art form.

From the moment a photographer elects to take a picture until its final presentation and reception, a series of decisions are made concerning how an image’s aesthetic, symbolic, and representationally (dis)honest qualities can best achieve its raison d’etre.

What type of camera and lens will be used? Should the image be captured on film or digitally, in color or black and white? How should the composition be framed, cropped, and lit? What about the aperture and shutter speed? Is the subject aware of the photographer? What are the biases of the image-makers? To what extent will the image be “enhanced” — or not — in post-production? Where will the image be displayed? A gallery? A newspaper or magazine? What type of response should the image elicit? Strength? Fear? Pride? A call to action? For whom, exactly, is this image being made?

When a picture is worth a thousand words, every choice, conscious or not, impacts how effectively an image communicates its visual iconology. And when an individual image comes to embody a single feeling, event, or an entire expanse of time, a photograph’s real power comes from how well it expresses, as cultural critic Susan Sontag said, “Not the truth about something, but the strongest version of it.”

Civil War photographers Mathew Brady, Alexander Gardner, and Timothy O’Sullivan rearranged the bodies of dead soldiers, and Dorothea Lange’s iconic photograph Migrant Mother was anything but candid. Does that make these images any less honest in their depiction of the horrors of war or of human suffering?

If truth, like photography, is subjective, could a universally agreed upon code of ethics determine when we’ve gone too far? Who would author and enforce such a code? For a culture that embraces manipulation as an aesthetic and political ideal, perhaps the rejection of objective truth was inevitable. Having presented artifice as truth for so long, should we be surprised when truth is presented as artifice? 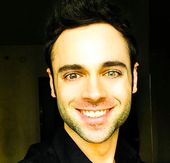 Robert J. Saferstein is an interdisciplinary creative, entrepreneur, and development strategist. He harnesses ritual, media, design, and technology to craft digital and analog outputs that drive social good. For six years, Robert led efforts at Sh’ma Journal to deepen engagement and broaden reach where, as Market Development Director, he oversaw its strategic transformation into Sh’ma Now hosted by the Forward. Hailing from Akron, Ohio, and named to The Jewish Week’s “36 Under 36,” Robert received two Natan Grants for his sophisticated Shabbat experiences for gay Jews, Friday Night Lights. In 2015, Robert launched Eighteen:22, a Schusterman Connection Point in Salzburg, Austria, by bringing over 70 Jewish LGBTQ+ and ally changemakers together to cultivate a global network of visionaries working to advance positive change. He is currently partnering with JDC Entwine to develop their first LGBTQ+ global experience in Uruguay and Argentina this fall. A graduate of NYU’s Tisch School of the Arts, Robert is also accomplished in the worlds of art and entertainment: he is the founding Creative Director of Broadways Best Shows at JRA; his photography has been featured in publications including The New York Times; he is co-creator of the musicals Oedipus for Kids! and TheZegend of Lelda; and his film work includes Gun Hill Road, Beware the Gonzo, and TiMER.