Menu
HomeSex and the Spirit: Communicating against sexual misconduct

A young man in his early twenties raised his hand. “The thing is,” he said, “I want to have sex pretty much all the time.” The comment came at the end of a workshop organized by Seven Wells — a space for participants, particularly emerging adults, to use Jewish texts and values as the framework for an open discussion about sexuality. We try to make a connection between who we are as sexual and spiritual beings in order to empower participants to approach intimate relationships with a sense of sacredness.

Sexual content runs through numerous narratives in the Torah. Our heroes and heroines don’t seem to have sex as much as wield it: For example, Abraham claims Sarah as his sister to protect her from the advances of Pharaoh and Avimelech (Genesis, 12 and 20), and King David, after having sex with Bat Sheva, sends her husband, Uriah, to die in battle. The complexity of these biblical characters can be a source of strength as we try to consider our own sexuality. We are not perfect, nor were our matriarchs or patriarchs, our judges or kings. We are created in God’s image with free will; when that manifests well, we call it yetzer hatov, the inclination to be right on target. When it manifests poorly, we call it the yetzer ha’ra, our propensity to miss the mark. Of course, our actions — and their consequences — are rarely completely good or bad. From Abraham to David, from the daily Amidah to the annual confessions of Yom Kippur, we are not only sinners seeking to be saints, but also human beings who have the potential to be holy.

Creating a positive sexual ethic depends on two key elements: health and consent. Facing grim statistics — the National Sexual Violence Resource Center reports that one in five women will be raped in her lifetime, and one in five women will be sexually assaulted while in college — the questions we need to be asking are clear: Is our behavior healthy, both physically and emotionally? Is our behavior consensual, and is/are our partner(s) physically and emotionally capable of consent? These questions are not intuitive, as much as we might wish they were. Communication is challenging, even more so in the midst of sexual connection. Sexuality education works when we practice these conversations before we need them — not when we need them.

Communicating with our partners only works when we are reflective and honest with ourselves. What do I want? How will I articulate with enthusiasm both my desires and my boundaries? Healthy, consensual sexual intimacy may be holy regardless of whether or not it takes place in the context of a heteronormative monogamous relationship. While this view is at odds with some of the more traditional aspects of halakhah, in general, Jewish law views sexuality positively, as a powerful force to be carefully directed. From this desire to protect and control come the laws of tznuit, the practice of modest dress and the laws of shomer negiah, the practice of not being alone with or touching someone of the opposite sex (other than one’s spouse).

Holiness in sexual relationships begins with health and consent, and extends to the building blocks of intimacy: caring, sharing, liking/loving, trust, vulnerability, self-disclosure, and emotional risk-taking. Not all sexual experiences need to be holy in this way in order to be expressions of our yetzer hatov, nor is holiness a necessary goal in every successful sexual relationship. What we find in Judaism is a compass to help us explore who we are as sexual beings. 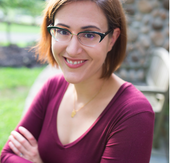 Rabbi Jessica Minnen is the resident rabbi and cities director at OneTable, an online and in-person hub that inspires emerging adults to host and share Shabbat dinner. She is also the founder of Seven Wells and Ecstatic Mincha. Originally from Paducah, Ky., she is an alumna of the Pardes Institute of Jewish Studies in Jerusalem, Paideia: The European Institute for Jewish Studies in Sweden, and the Jewish Theological Seminary.